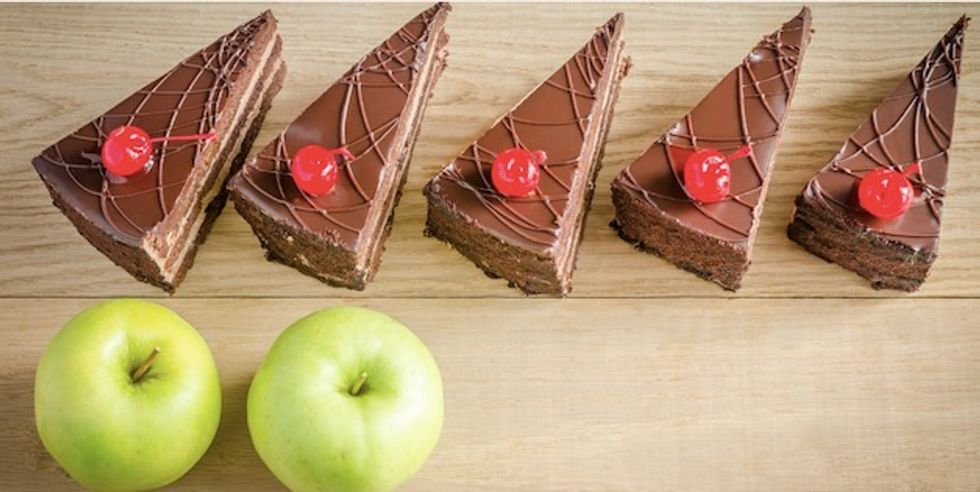 Intermittent fasting is a method of dieting that restricts the amount of time you are allowed to eat. The appeal of these diets is that you don’t need to count calories or eat certain foods. But there are so many versions, it’s hard to know which one is best. Here’s what the research says.

This is a popular version of intermittent fasting where you eat a very low calorie diet (about 500kcal) for two days each week (any two days). On the other five days, you eat as normal.

Research has shown that it’s possible to lose weight with this diet; it also improves several markers of health, such as reducing levels of glucose and cholesterol in the blood. But the 5:2 diet is unlikely to be more effective for weight loss than traditional methods of dieting. This is because 5:2 reduces calorie intake to a similar extent as traditional dieting.

There is some evidence that conducting the two days of very low calorie intake on consecutive days can improve insulin sensitivity – a risk marker for type 2 diabetes – to a greater extent than traditional dieting. This approach also leads to decreases in blood lipids (fatty substances found in the blood) compared with traditional dieting.

An important extra benefit of 5:2 is that you can consume some food during the “fasting” period, providing an opportunity to take in vital nutrients. Dieting often leads to losses in muscle and bone mass, alongside fat mass because consuming a balanced diet while reducing calorie intake is difficult. This can compromise long-term weight loss efforts as muscle is more metabolically active (burns more calories) than fat. Eating enough protein can help to reduce the loss of muscle mass while dieting, with a bonus of reducing appetite.

While 5:2 could be considered a “lifestyle intervention”, alternate-day fasting (ADF) is more likely to be used to lose weight quickly. ADF is often referred to as the “every other day diet” and requires you to alternate daily between unrestricted eating and consuming a very low calorie diet.

Most research on ADF uses a similar approach to 5:2, allowing a small meal (usually about 500kcal) to be consumed on “fasting” days. Research has shown that ADF can lead to considerable weight loss in 8-12 weeks, but a big problem with ADF is that adherence tends to wane. Longer-term studies have shown that calorie intake on “fasting” days creeps up over time, which reduces the calorie deficit achieved and slows the rate of weight loss.

A small meal is usually consumed on fasting days.

Randomised controlled trials (the gold standard of clinical research) show that ADF doesn’t lead to more weight loss or improvements in health compared with traditional dieting when calorie intake is the same in both groups. Despite this, it is likely that ADF will result in a greater reduction in calorie intake compared with traditional methods of dieting, which should lead to greater weight loss, initially. But it’s doubtful that many people will adhere to ADF in the long term.

The most common version of TRE uses a ratio between fasting and eating of 16:8 (16 hours of fasting and eight hours during which it is permissible to eat). Many people achieve this ratio by skipping breakfast thereby delaying their first meal until midday and consuming all food between midday and 8pm.

Research has shown that calorie intake over a 24-hour period is reduced when people skip breakfast. But the number of calories expended through physical activity is also reduced, which will partially or completely negate the calorie deficit achieved by skipping breakfast. So skipping breakfast is unlikely to lead to meaningful weight loss. Skipping breakfast also reduces the effectiveness of insulin to regulate blood glucose levels after lunch, indicating a negative effect on insulin sensitivity.

But an alternative approach to TRE has shown promise. A recent study found that fasting from 2pm improved insulin sensitivity in a group of pre-diabetic males. This could be due to an enhanced natural ability to regulate blood glucose levels effectively in the morning, due to daily variations in metabolism. So, restricting food intake to a morning feeding window and fasting in the evening may be a healthier version of TRE.

And the winner is…

As with any diet, success will be dictated mostly by adherence. When it comes to weight loss, ADF is likely to lead to the most rapid success, but sustaining weight loss in the long term may be aided by the less intense 5:2 approach.

There is some evidence that adherence could be greater in TRE, as completely restricting food intake may be easier for some people than severely restricting it. In this sense, research suggests that skipping dinner may be better for health than skipping breakfast.

It’s important to note that most research suggests that intermittent fasting is no better than traditional methods of dieting. But intermittent fasting regimens that have prolonged periods of fasting, such as TRE with shorter feeding windows and 5:2 with two consecutive very low calorie days, may provide additional health benefits.