It's Biden vs rest of Democrats in 1st 2020 debate clash 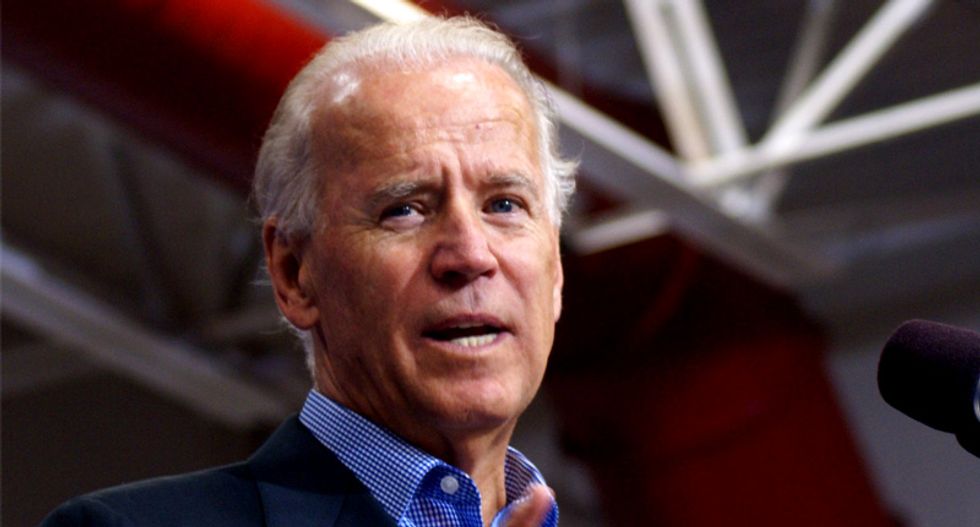 For Democrats seeking to challenge Donald Trump in 2020, the rubber meets the road in Miami this week, where Joe Biden will defend his frontrunner status as presidential candidates finally square off face to face.

Americans are bracing for the nation's biggest political debate since the slugfests of 2016, a two-night showdown beginning Wednesday with 20 Democrats vying for a breakout moment that could showcase their talents, or see them stumble on the world stage.

Former vice president Biden, now in his third White House bid, is the candidate to beat in the most crowded, most diverse field in modern US election history.

The 76-year-old leads comfortably in all polls, and will be under pressure to convince millions of voters watching in prime time that he deserves to remain in pole position despite an uproar over his recent comments about the "civility" between him and avowed segregationists in the US Senate.

Like most of his rivals, Biden spent much of last weekend sharpening his message ahead of the debate by wooing residents of early-voting South Carolina.

"I'm here to tell you, I hope to be your nominee," Biden told applauding voters in Columbia.

"But here's the deal: whomever the Democratic nominee is, we have to stay together and elect a Democrat president of the United States."

Nipping at Biden's heels is a pack of candidates including liberal Senator Bernie Sanders, who is polling second; progressive rising star Senator Elizabeth Warren; young gay mayor Pete Buttigieg; and others desperate to emerge as a viable alternative to the man who was Barack Obama's vice president.

With 24 Democratic contenders now in the race, the debate will have a freewheeling feel. Party organizers chose the top 20 based on poll numbers and fundraising, splitting them into two groups of 10.

Warren, polling third, will take center stage on the first night at 9:00 pm (0100 GMT Thursday), inheriting a prime spot to make her case as she debates ex-congressman Beto O'Rourke, senators Cory Booker and Amy Klobuchar, New York Mayor Bill de Blasio and former San Antonio mayor Julian Castro, each of whom is trying to breathe new life into their campaigns.

But the main event is likely to be Day 2, when the more moderate Biden goes head to head with Sanders, 77, and Buttigieg, an up-and-coming mayor of South Bend, Indiana who is half Biden's age.

On issues like healthcare and economic inequality, the Democratic socialist Sanders pushed the party towards more progressive positions following his protracted 2016 nomination battle with Hillary Clinton.

He has pledged to use the debate as a platform to emphasize his support for universal healthcare, his opposition to the Iraq war and to "disastrous trade agreements." In short, he will emphasize his differences with rival Biden.

"For Biden the debates are a good test of how secure his support is," Kyle Kondik, of the University of Virginia's Center for Politics, told AFP, adding that he believes Biden has a "tenuous" early lead in the nomination battle.

Tensions have simmered recently after Biden's controversial remarks about the "civility" he shared with two segregationist senators decades ago, when he first joined the Senate.

The comments earned rebukes from rivals Booker and Harris, the two prominent African Americans in the race.

They and the other younger candidates -- Buttigieg, O'Rourke, Castro, Senator Kirsten Gillibrand and congresswoman Tulsi Gabbard -- will be looking to draw contrasts with their elders at the debate broadcast on NBC, MSNBC and Telemundo.

Like Biden, Buttigieg enters the event singed with race-related controversy, after the fatal shooting of a black man by a white officer in South Bend led to black residents jeering the mayor at a town hall meeting.

AFP/File / Josh Edelson Bernie Sanders, a liberal US senator from Vermont, will go head-to-head against the more moderate Democratic frontrunner Joe Biden in a debate on June 27, 2019

It is the first national-scale test for Buttigieg, a military veteran who rose from virtual unknown earlier this year to a top-tier contender.

Tension has simmered on the party's left flank, where Sanders and Warren are the two flag bearers. Each has called for stronger controls on financial markets, expanded healthcare, and partial or total elimination of student loan debt.

"Whether it's Biden or Elizabeth Warren or anybody else, what I believe is that in fact I am the strongest candidate to defeat Donald Trump," Sanders told CNN last week.

The president himself will not be involved in the biggest political showdown yet in 2019, although he hinted he'll be watching and could weigh in via Twitter.

"I wasn't thinking about it, but maybe I will now," Trump teased to Fox News recently.e