Jared Kushner whines: 'I don't think it's a fair question' to ask about dead family in the Rio Grande 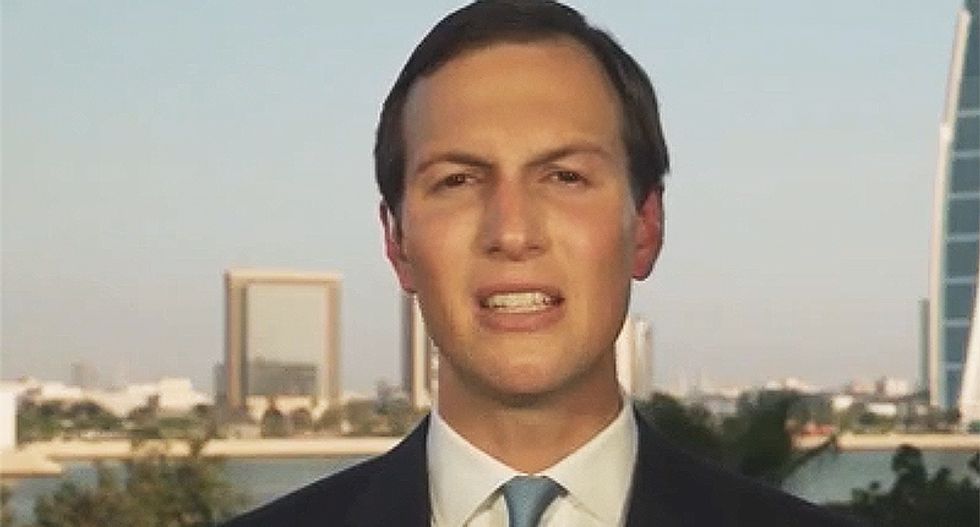 "You've also been tasked by the president to work on immigration," said Blitzer. "I'm sure you've seen the horrific photo of the father and 23-month-old daughter who drowned crossing the Rio Grande. And you've heard about the truly deplorable conditions for migrant children, that kids don't have toothpaste, soap, toddlers don't have diapers. You're a father, you're a man of faith. Why isn't the Trump Administration doing more to protect the lives of kids?"

"Yeah, I don't think that's a fair question, Wolf," said Kushner. "The president's been very, very clear about the fact that it's a very dangerous journey to cross the border. He is trying to get people to cross legally and come into this country in a legal way. Right now our Border Patrol agents, who do an amazing job for this country, trying to keep all of us safe, are totally overwhelmed. The numbers we've seen have been extraordinary. We've got a great economy. A lot of people want to come."

He then said that, "President Trump is in favor of legal immigration. He wants people to come to this country but he wants them to legally" — apparently unaware or unwilling to acknowledge that it's not illegal to seek asylum at the border, and that the president has repeatedly released plans for drastically cutting legal immigration.

"Yeah, absolutely," said Kushner, saying that the Border Patrol "asked Congress for more resources to be able to do the job in the way that the president wants them to do it, which is humanely. And they're doing their best."