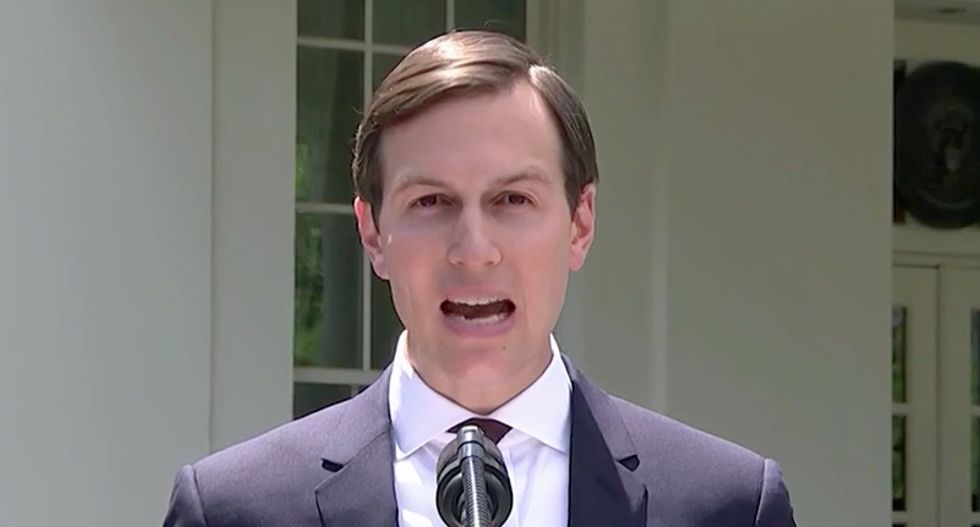 Former Secretary of State Rex Tillerson told the House Foreign Affairs Committee earlier this year that Trump son-in-law Jared Kushner regularly conducted negotiations with world leaders and kept him completely in the dark about what was discussed.

The Washington Post reports that Tillerson told the committee that Kushner's foreign dealings left him "out of the loop and in the dark on emerging U.S. policies and simmering geopolitical crises."

In one case, Tillerson learned about a meeting between Kushner and Mexico's foreign secretary from a restaurant owner who saw them eating at his establishment.

"In another instance, Tillerson explained in detail being blindsided by the 2017 Gulf crisis in which key Arab allies severed ties with another key U.S. ally Qatar," the Post reports. "He said he was in Australia at the time with then-Defense Secretary Jim Mattis, and both were caught off guard and had been given no prior notice."

Tillerson told the committee that these meetings made him "angry" and he confronted Kushner and told him to stop meeting with foreign officials without at least consulting with the State Department first. Kushner told Tillerson he'd try to "do better," the former secretary of state said, but he didn't change his behavior and kept taking meetings.