Macron to send Trump another friendship tree after first one dies 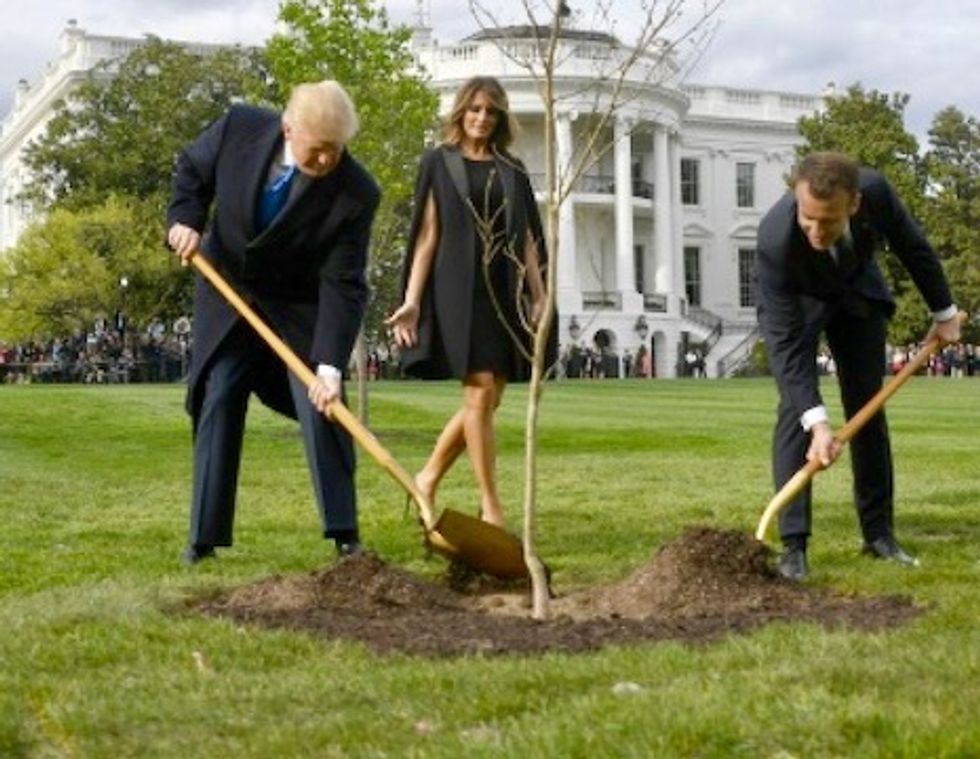 French President Emmanuel Macron offered a young oak to his US counterpart Donald Trump on the occasion of a state visit to Washington in 2018, and the two shoveled dirt around it under the watchful eyes of their wives -- and cameras from around the world AFP/File

French President Emmanuel Macron has downplayed the death of an oak tree he had offered US President Donald Trump last year, saying people shouldn't read symbols into everything and that he would send the American leader a new tree.

The two men celebrated the special relationship between the United States and France during Macron's state visit in April 2018 to Washington by planting the oak sapling on the grounds of the White House.

The sapling was then put in quarantine because of fears it may carry parasites that could spread to other trees on the White House property.

US officials this weekend said it had died, prompting a flurry of social media posts comparing its death to the difficult relationship the two leaders have had since that visit.

Omen in Oak? The oak tree planted in the #WhiteHouse garden a little over a year ago by #Macron and #Trump to comme… https://t.co/T2ZwCaahxI
— Douglas Herbert (@Douglas Herbert) 1560143273.0

Macron is at odds over the American's unilateralist approach to trade, climate change and a nuclear deal with Iran.

"We will send [Trump] another, it is not a tragedy," Macron told Switzerland's RTS network on Tuesday, speaking on the sidelines of an International Labour Organisation meeting in Geneva.

"Do not see symbols where there are none, the symbol was to plant it together," Macron added.

The tree, from Belleau Wood in France where almost 2,000 American soldiers died in a World War I battle, had been dug up not long after it was planted.

"It turns out that this oak was put in quarantine for American sanitary reasons and the poor thing did not survive," Macron said.

"I'll send another oak because I think the US Marines and the friendship for freedom between our peoples is well worth it," he added.