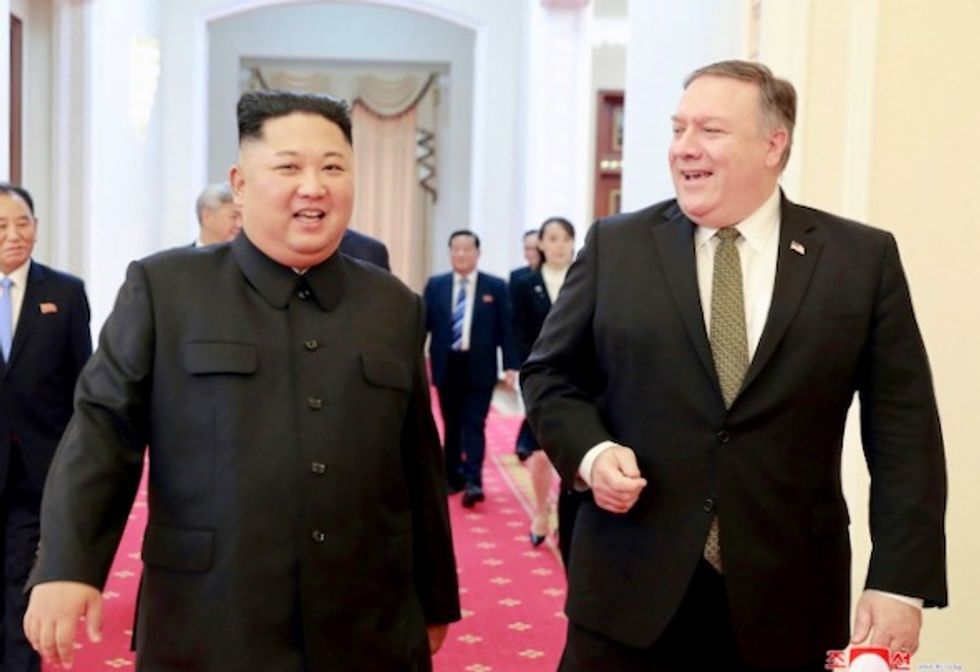 North Korea denounced US Secretary of State Mike Pompeo as an obstruction to nuclear negotiations on Wednesday, days before President Donald Trump visits Seoul while talks with Pyongyang are deadlocked.

The process has been stalled since a second summit between Trump and North Korean leader Kim Jong Un in Hanoi in February collapsed, after they failed to agree on what the North would be willing to give up in exchange for sanctions relief.

The two sides have had minimal contact and Trump is due to fly to Seoul at the weekend for talks with South Korean President Moon Jae-in.

But a spokesman for the North's foreign ministry criticised Trump's top diplomat on Wednesday, calling recent comments by Pompeo "a manifestation of the most extreme hostile acts" against Pyongyang.

The top US diplomat told reporters this week the resumption of working-level talks with the North was becoming "a very real possibility", adding: "Some 80-plus percent of the North Korean economy is sanctioned."

He immediately corrected himself, saying he had misspoken and the figure applied to the effect of US sanctions on Iran, but the remarks were nonetheless deemed "reckless" by Pyongyang.

"If the US sanctions are affecting 80-plus percent of our economy, as Pompeo mentioned, the question is whether the US target is to raise it up to 100 percent," the foreign ministry spokesman said in a statement carried by the North's official Korean Central News Agency (KCNA).

Hostile comments and actions by US policymakers were hampering top-level efforts to revive the stalled diplomacy, the spokesman added, so that it would be "difficult" to look forward to "the denuclearisation of the Korean peninsula".

On Sunday, KCNA reported that Kim received a personal message "of excellent content" from the US president, just days after Trump said he received a "beautiful letter" from the North Korean leader.

But since Hanoi, North Korea has accused Washington of acting in "bad faith" and demanded the removal of top US officials.

Pyongyang, however, has refrained from insulting Trump, who has expressed confidence in his relationship with Kim and even claimed they had "fallen in love".