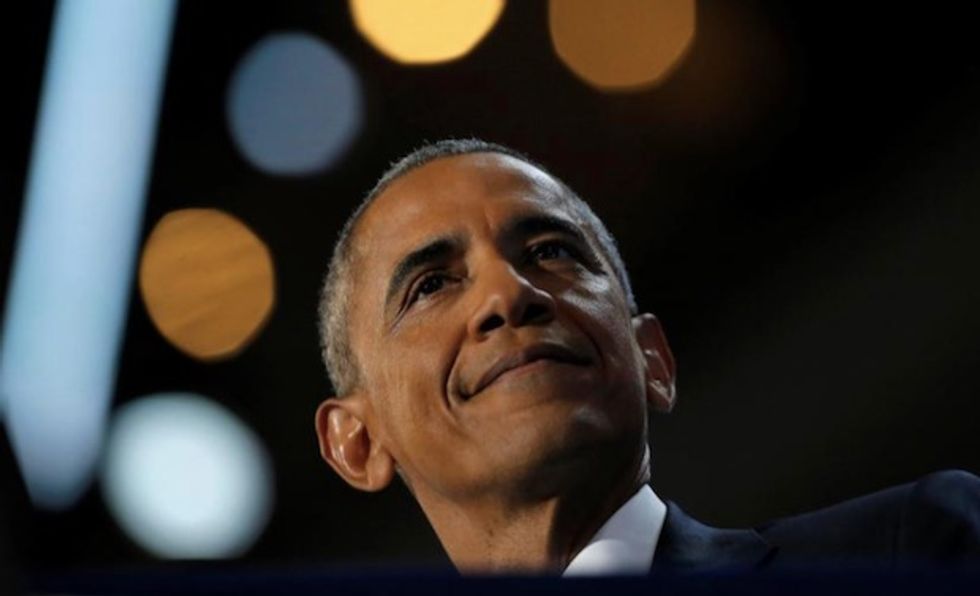 A pair of studies have found that Obamacare led to an increase in early-stage ovarian cancer detections and helped nearly erase racial differences in the timely treatment of a range of cancers.

The findings, which were presented at the American Society of Clinical Oncological annual meeting in Chicago, come as the administration of President Donald Trump is renewing its efforts to strike down the Affordable Care Act signed into law by his predecessor Barack Obama.

The study on ovarian cancer screening was led by Anna Jo Smith at the Johns Hopkins Department of Gynecology and Obstetrics in Baltimore.

"Having health insurance plays a major role in whether or not a woman has access to care providers who can monitor symptoms and act on those symptoms if necessary,"she said.

The five-year survival rate for women diagnosed with early-stage ovarian cancer is 75 percent, but the figure drops dramatically to 30 percent for those diagnosed at a later stage.

The percentage of Americans who were uninsured dropped from 16 percent in 2010 to less than 12 percent by 2016.

They looked at the stage of the diagnosis and the time to treatment for the 21 to 64 age group, and compared it to those 65 and older, which was used as a control group because they had access to publicly funded Medicare before and after.

They found that there was a relative gain of 1.7 percent in early-stage diagnosis and a 1.6 percent improvement in receiving treatment within 30 days.

The team wrote in a statement: "While a 1.7% difference in being diagnosed earlier may not sound very large, for the 22,000 women diagnosed with ovarian cancer in the United States annually, it means that close to 400 more women could be diagnosed at an early, treatable stage."

The second paper on Obamacare found that differences between whites and blacks in timely care "practically disappeared" following the passage of the law.

Two key provisions of the ACA were granting states permission to expand public funded Medicaid coverage to low-income citizens starting in 2014, and providing subsidies to those who could not afford to buy private insurance if they did not qualify for Medicaid.

After the ACA was passed, 6.1 percent more blacks received timely treatment as well as 2.1 percent of whites, making the differences between the races statistically insignificant.

"Many studies have described racial disparities that exist in cancer care, but few have shown what types of interventions improve health equity -- we now have evidence that Medicaid expansion can mitigate certain health disparities," said study author Amy J. Davidoff at the Yale School of Public Health.

Trump's Justice Department announced in March an abrupt escalation in the administration's push against Obamacare by siding with a Texas federal court ruling that declared the health care law unconstitutional.

That ruling is currently being appealed and the resulting impasse looks increasingly likely to end up in the Supreme Court -- putting a politically radioactive issue center stage as the country moves towards the 2020 presidential election.