Student debt a 'life sentence' for millions of Americans 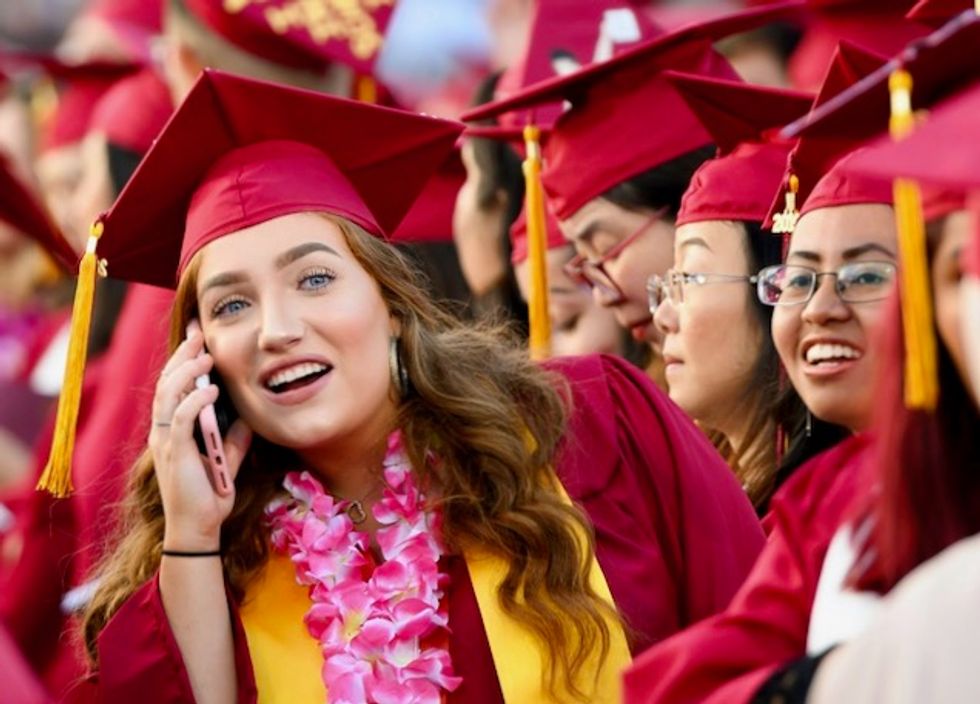 Haley Walters is five years away from earning her law degree. If everything goes according to plan, she will be under a mountain of $100,000 in student debt by the time she enters the work force.

Like millions of Americans, Walters is paying a steep price for an education that will likely weigh her down financially for much of her adult life.

"I think the student debt crisis is truly a life sentence," the 19-year-old Californian told AFP.

With 45 million borrowers owing some $1.6 trillion, the debt burden of American college graduates has exploded in recent years.

It has emerged as a key issue in the 2020 presidential campaign, with candidate Bernie Sanders unveiling an ambitious plan Monday to erase all student loan debt.

"Somebody who graduates from a public university this year is expected to have over $35,000 in student loan debt on average," said Cody Hounanian, program director of Student Debt Crisis, a California non-profit that assists students and fights for reforms.

According to official statistics, 71 percent of US students are burdened by such debt, with minorities the hardest hit.

"Black women particularly are the most impacted group with the highest student debt total per graduate," Hounanian said.

AFP / SAUL LOEB Senator Bernie Sanders, who is vying for the Democratic presidential nomination, has unveiled an ambitious plan to erase all student loan debt

Despite scholarships and financial aid available to many, the cost of higher education is such that the majority of students are unable to repay their loans on schedule.

"When borrowers leave school, they're in a program that's supposed to take 10 years... but more and more are enrolling in federal programs that are actually 20 or 25 years in length," Hounanian said.

In the long term, the loan balance for such people increases, interest accrues, and the debt burden just keeps going upwards, he added.

Hounanian spoke of his own experience as an example.

"I had $30,000 in student loan debt, I pay over $150 a month, and that's in one of these affordable repayment programs," he said. "By doing that, my loan balance is actually increasing. I'm not covering even the entire interest that's accrued."

Several experts interviewed said it's not unusual to have two generations in one family burdened with student debt.

AFP / Robyn Beck Haley Walters (C, with yellow sash) earned a two-year degree from Pasadena City College without accumulating debt -- but is headed to the more expensive University of California Berkeley in the autumn

That's the case for Walters, who just graduated with a two-year degree in political science from Pasadena City College, near Los Angeles.

While she managed to go through that school without accumulating debt, come autumn she will be entering the prestigious -- and much more expensive -- University of California Berkeley, with a law degree the ultimate goal.

Despite being awarded scholarships, Walters said she will still have to take out loans to pay for nearly $20,000 in annual fees.

She said she grew up listening to her mother, 58, bemoan the student debt that still haunts her.

"I would hear my mom talk about... how it was basically crippling our finances," she recalled.

"You know, we couldn't go on vacation, sometimes I didn't get school supplies for the new school year, sometimes we got fewer birthday presents."

Walters said she hopes student debt will be a key issue in the 2020 White House race.

For some candidates, it is already front and center.

Sanders's "revolutionary" bill aims to erase all student loan debt and make public colleges tuition-free -- and he wants the financial industry to help pay for it.

"The American people bailed out Wall Street," Sanders said, referring to lenders deemed "too big to fail" during the late 2000s recession.

"Now it is time for Wall Street to come to the aid of the middle class."

"My dad grew up in an extremely poor family in southern California," said Walters. "The only reason he went to university was because it was free."

Tuition, however, is not the only financial burden of students.

In California, for example, housing and living expenses represent more than half of the $35,000 needed annually on average for public university.

Hounanian said it was crucial to address those issues to ensure students don't end up saddled with heavy debt before starting their professional lives.

"The system isn't working for students," he said. "It's working for profiteers, for big companies and for those who are making money off of students and borrowers."