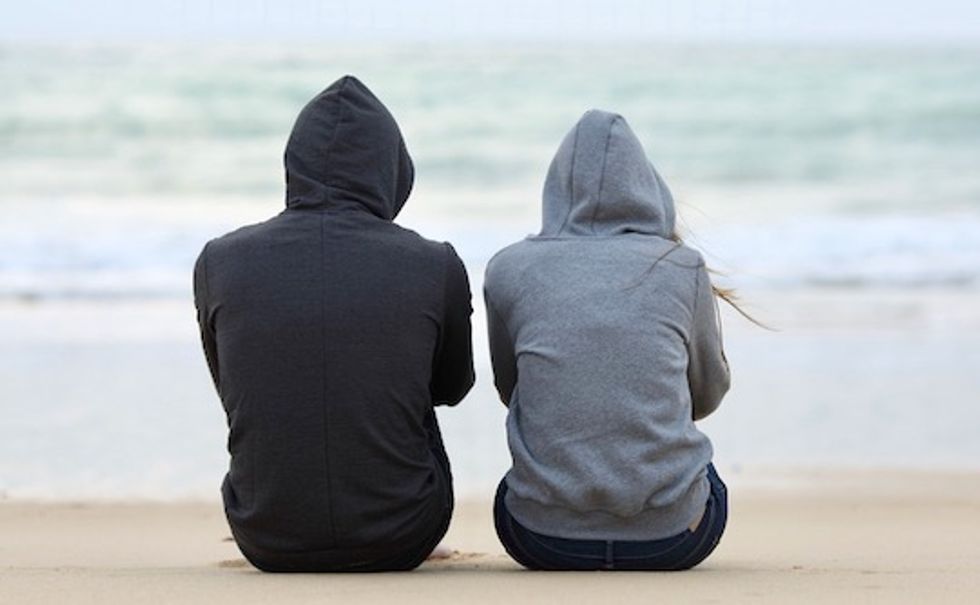 A new study of over 34,000 individuals released Tuesday by The Trevor Project reveals a disturbingly high rate of LGBTQ youth have considered attempting suicide – and that for those who have undergone so-called "conversion therapy" the numbers are substantially higher.

Nearly four in 10 (39%) LGBTQ youth "seriously considered attempting suicide in the past twelve months," The Trevor Project's study finds. For transgender and non-binary youth the rate climbs to more than half.

Youths who have undergone conversion therapy are "more than twice as likely to attempt suicide as those who did not."

Two-thirds of LGBTQ youths report "someone tried to convince them to change their sexual orientation or gender identity."

And for those who think young people are not affected by the national discourse, think again.

More than three out of four (76%) LGBTQ youth "felt that the recent political climate impacted their mental health or sense of self."

The Trevor Project's 11-page 2019 National Survey on LGBTQ Mental Health was conducted of 34,808 individuals online, between February 2, 2018 and September 30, 2018. Participants were aged 13-24 and "identified with a sexual orientation other than straight/heterosexual, a gender identity other than cisgender, or both."

The Trevor Project exists to assist LGBTQ young people in crisis. If you are feeling suicidal call the TrevorLifeline at 1-866-488-7386.