Texas Republican is so annoying one member of Congress wanted to ‘punch him’: report 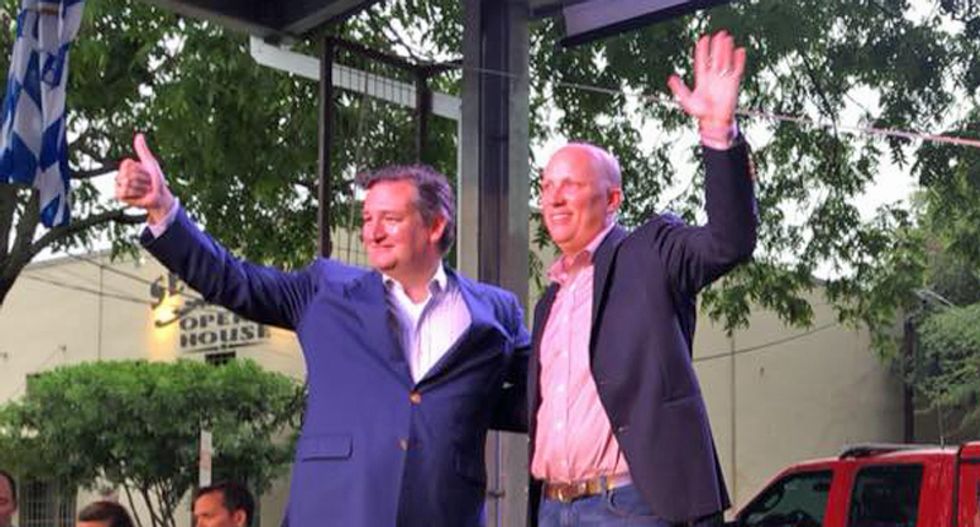 The Republican congressman who once worked as chief of staff to Sen. Ted Cruz (R-TX) is not making friends on Capitol Hill, The New York Times reported Saturday.

Rep. Chip Roy (R-TX) has been forcing roll call votes, dragging Congress into sessions that have lasted after midnight.

"For the first time in recent memory, a vote had been demanded on every amendment in a spending package, extending an already unwieldy and gridlocked process painfully late," The Times explained. "And almost everyone was mad at Representative Chip Roy, the freshman Republican from Texas who was leading a campaign to force dozens of votes late into the night — a campaign that would span two weeks of House session."

The newspaper recounted one member wanting to not only punch Roy, but in a particular place on his body.

“'What does this Chip Roy guy look like?' one member asked a colleague on the way to the bathroom. 'Because I’m gonna punch him in,' he paused, suddenly aware that a reporter and staff members were in earshot, 'an area of his body,'" The Times reported.

“I don’t know what he’s trying to accomplish,” Yarmuth said. “All he’s doing is making everybody mad.”

"Summing up the general mood, one member could be heard grousing on Wednesday, 'This is so stupid,' as representatives returned to the chamber, visibly soaked from the torrential rainstorm outside," the newspaper reported.

During his few months in Congress, Roy has made a name for himself by single-handedly blocking disaster relief and defending ridiculous profits by big pharma.