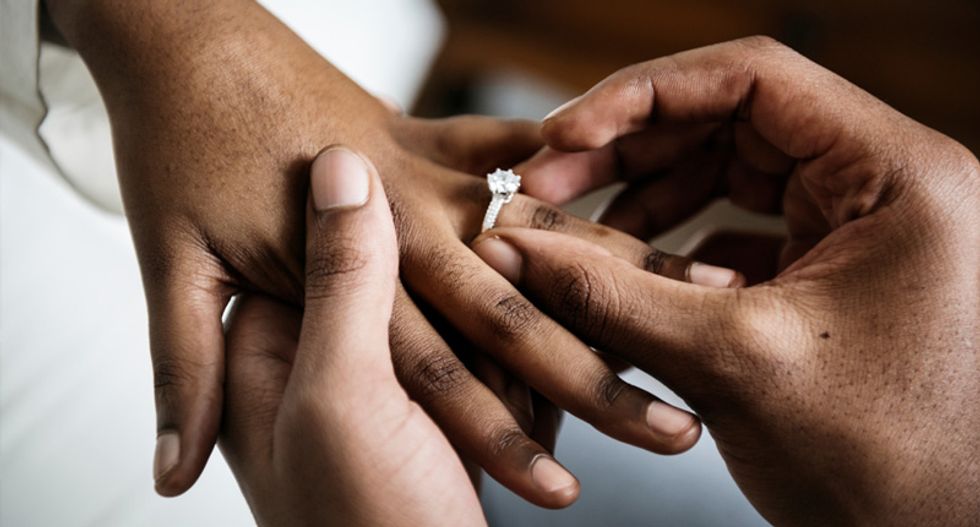 Fewer and fewer Americans are getting divorced, with the rates falling 18% between 2008 and 2016.

Among American adults, there is support for divorce when couples do not get along. Women, people from underrepresented racial and ethnic groups, and adults who have experienced divorce personally or among friends and family are especially likely to be accepting.

Who is driving this downward trend? Adults age 45 and younger.

Young adults are being more decisive – in not only the timing of their nuptials, but also their choice to marry.

Many of these younger adults choose to marry after they have achieved their desired levels of education, established careers and stabilized their finances. They also want to be “bonded” with a mate based on love, friendship and common interests, not social obligation.

I am a human development and family studies scholar who has spent 20 years studying intimate relationships. In one study, I examined the perspectives of 52 married black men. Achieving their goals relative to education, work and finances was a significant factor in deciding when to marry their wives.

Men praised how the unions with their wives afforded them secure attachment and emotional support, as well as enhanced life success. Nearly one-quarter emphasized the role of individual development and being ready for the type of commitment that a successful marriage requires.

These considerations promote the likelihood of long-term, happy marriages in a culture that values fulfilling one’s goals and happiness.

A report commissioned by the AARP offers insight into the nature and consequences of gray divorce. Women’s economic independence may help them opt out of these unhappy marriages.

Some older adults end their unhappy unions because they have grown apart. In her dissertation and forthcoming book, marriage and family therapist Crystal Hemesath defines falling out of romantic love as a lack of sexual attraction, emotional connectedness or sense of relationship togetherness.

After older adults have perhaps cared for dependent children, parents or other relatives, spouses may reassess their marriages and ask, “What’s next?,” “Who are you?” or, better yet, “Who am I?”

Hemesath interviewed 15 adults. Laura, a 59-year-old woman who was married for 18 years, said this: “It wasn’t until my dad became gravely ill. I would say to my husband, ‘Will you go in and see if dad’s okay?’ He’d say, ‘He’s fine.’ It causes you to look at your own mortality. This person is still emotionally unavailable and distant and if I don’t get out now, I’m doomed. I was unhappy in year one and I stayed 17 more. I hoped that it would change. I didn’t really have the courage to get out. I think a lot of people stay in … for fear of the unknown. It sort of takes your soul away.”

Among those 50 and over, there may simply be irreconcilable differences with how one chooses to live the rest of his or her life and the type of love and companionship one desires.

The pattern in marriage and divorce across both age groups highlights the rise in individualism in our culture. Today, adults have more agency to chart their own life paths based on options they perceive as being available to them.

And because society is more supportive of other ways of forming families, adults are more apt to take their time to marry, if they want to, and exit, if they need to, in order to be happy.

Sociologist Philip Cohen summed up this issue in a September 2018 Bloomberg article. “Marriage is more and more an achievement of status, rather than something that people do regardless of how they’re doing,” he wrote. “Marriage is becoming a more durable, but far more exclusive, institution.”

This is an important change in the way in which adults approach marriage.