Trump says he will never resign -- just like Nixon said 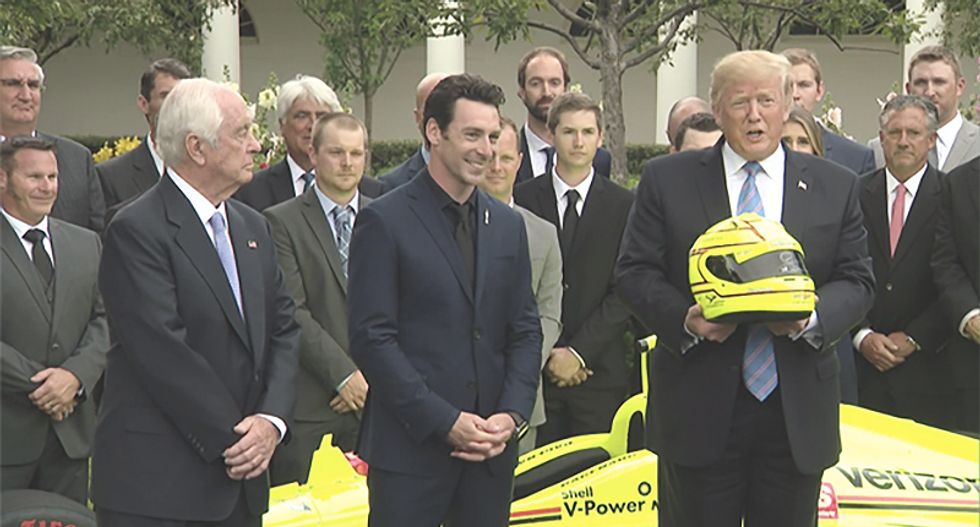 During a celebration for the winner of the Indy 500, President Donald Trump went off on impeachment.

“You can’t impeach somebody when there’s never been a thing done wrong,” Trump said, according to New York Times reporter Katie Rogers.

He then got in a jab about former White House Counsel John Dean.

"When you look at past impeachments, whether it was President Clinton, or I guess President Nixon never got there -- he left. I don't leave. Big difference," tweeted CBS News reporter Steve Portnoy, quoting Trump.

Pres confident he won't be impeached. "You can’t impeach somebody when there’s never been a thing done wrong. When… https://t.co/h1fvrK0etv
— Mark Knoller (@Mark Knoller)1560199164.0

When it came to questions about the secret trade deal with Mexico, Trump swore they had an agreement.

“We have an agreement on something that they will announce very soon. It’s all done. They have to get approval. And they will get approval," he said. "If they don't get approval we’ll have to think in terms of tariffs.”