Trump wasn’t happy with Jared Kushner after his disastrous answer about birtherism: report 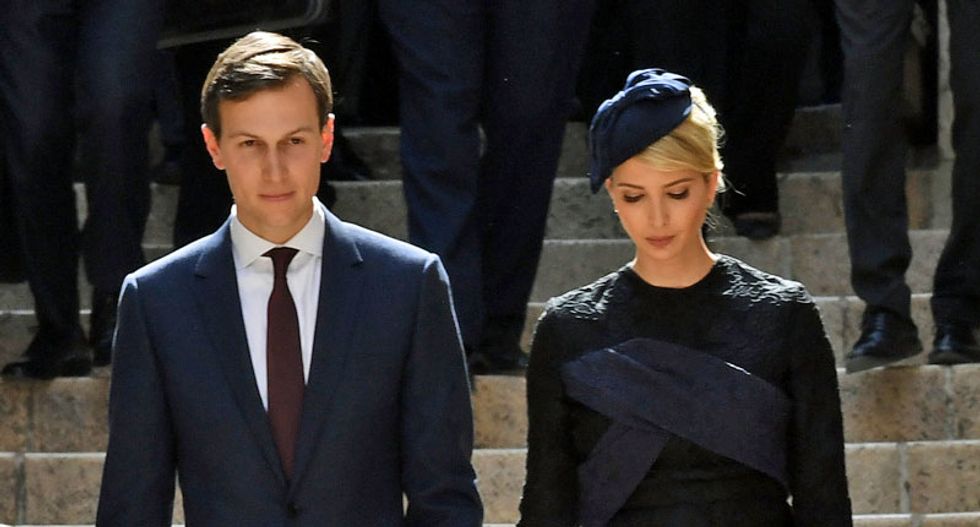 In a recent interview with Axios, President Donald Trump’s son-in-law and top adviser Jared Kushner demonstrated why he usually avoids interviews. He was timid, evasive, unpersuasive, and he completely folded when put under even a modest amount of pressure.

The most memorable moment of the interview was when interviewer Jonathan Swan asked Kushner if Trump’s bogus conspiracy theory that President Barack Obama wasn’t born in the United States was racist. “Look, I wasn’t really involved in that,” Kushner said. “I know you weren’t,” said Swan. “Was it racist?” Kushner tried the evasive answer again, but Swan just repeated himself, verbatim. Kushner said of birtherism, “I wasn’t involved in that” four times, and added, “That was a long time ago.” (It wasn’t.)

But his attempt to thread the needle was so obviously contrived and transparent, he ended up failing at both goals. And according to a report on Thursday from the New York Times, the president didn’t appreciate Kushner’s tightrope walk.

Mr. Trump has defended himself against charges of racism, telling reporters that he is “the least racist person you will ever interview.” The president, friends said, is bothered by the allegation. And he was frustrated, they said, when Mr. Kushner did not defend him more fiercely in a recent television interview in which he was asked if “birtherism,” the conspiracy theory that Mr. Trump stoked over whether President Barack Obama was born in the United States, was racist.

The main thrust of the report was that Trump hopes that the First Act, an attempt to reform federal criminal justice procedures, will win him some support from voters of color — particularly black voters — who haven’t been a part of his core base. But as Kushner’s interview showed, even Trump’s own family is hesitant to defend some of his racist actions. It’s unlikely one law, which many advocates for criminal justice reform have argued is insufficient, will change the public perception of Trump as a racist much.