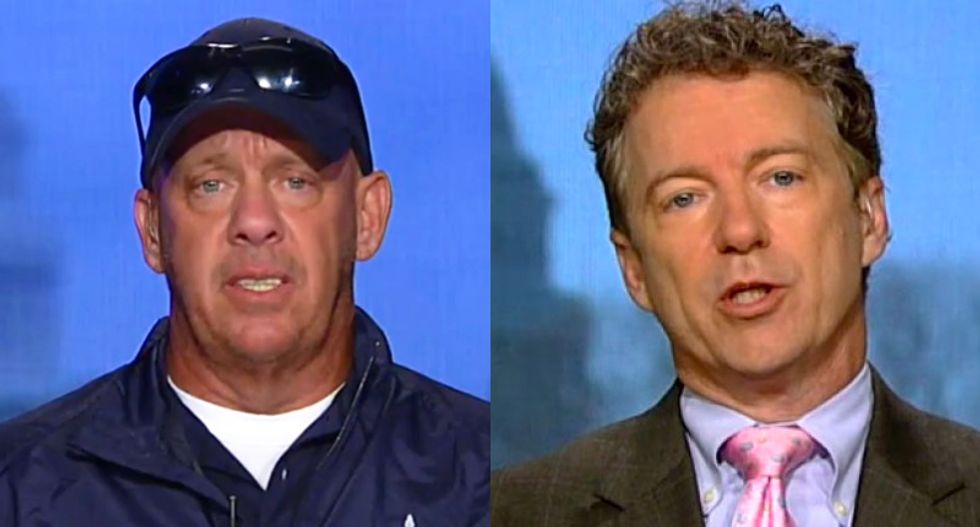 During a Fox News interview on Tuesday, a 9/11 first responder blasted Republican senators who raised concerns about a bill to help compensate those who were injured during the 2001 terrorist attacks and its aftermath.

The Senate is expected to pass legislation that would fund the 9/11 Victim Compensation Fund through 2090, despite Republican senators Rand Paul (KY) and Mike Lee (UT) stalling the bill after raising concerns about the cost.

"[Senate Majority Leader] Mitch McConnell has been nothing but gracious. He kept his word. When we had that meeting with, I can tell you he is keeping his word. While we don’t always agree on everything, he has kept his word, and he helped us get here today," said John Feal, a demolition specialist whose foot was crushed during the 9/11 recovery effort.

"As for Rand Paul and Mike Lee, you can’t cherry pick and choose when you want to be a fiscal conservative. They both signed onto the trillion dollar tax cut. Whether you are for it or against it, that added to the deficit," he told Fox News.

"So by saying our bill, over 71 years at $15 billion, that it will add to the deficit, it is just ludicrous. It is insulting to our intelligence. Shame on them. They've got to live with that. They're going to present amendments today and they're going to get shot down," Feal added.