An analysis of Trump's 7,602 tweets since being in office shows what he cares about most 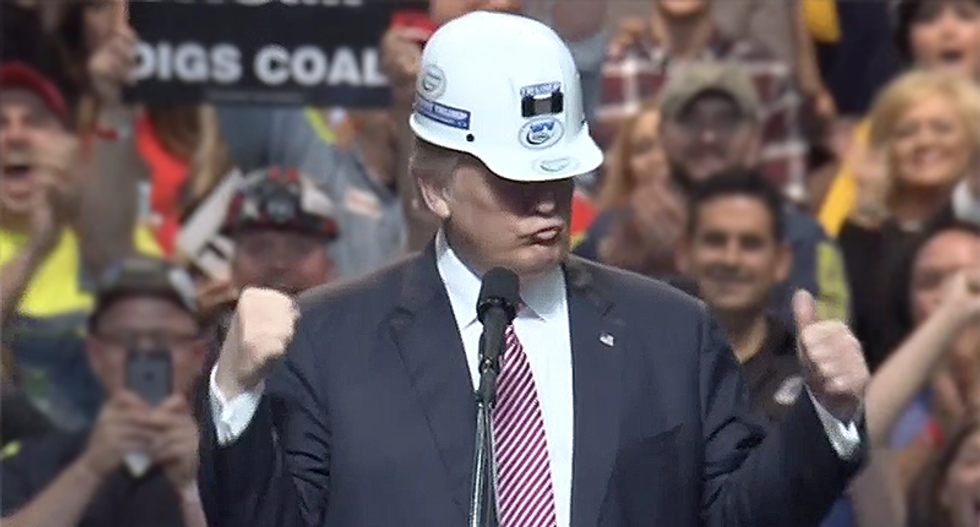 According to an analysis of all of President Donald Trump's tweets since becoming the leader of the free world, the Center for American Progress showed the raw numbers about what the president cares most about.

The president has mentioned his own name the most out of any one topic, tweeting it 542 times. He's ranted about so-called "fake news" 453 times and used the word "Russia" 353 times.

Democrats are in the "Motor City" Tuesday and Wednesday for the second in a long-line of debates, where they'll discuss a huge swath of issues like student loans, infrastructure, better education, trade, ways to help manufacturing jobs, green energy and more.

But when looking at the president's discussion of issues on Twitter, it takes a backseat to tweets attacking his political opponents, promoting fellow Republicans and himself.

Trump has tweeted about preexisting conditions or the middle class just 10 times. He's only used the word "climate change" once in a tweet, and it was to criticize those who want to take action. He's only mentioned prescription drug prices 10 times, despite affordable prescriptions being a campaign promise. Not once has the president mentioned things like the minimum wage or student loan debt.

"Instead of doing his job, instead of serving the American people, instead of protecting our democracy, Trump spends his days tweeting lies and racist attacks and making our country less safe," CAP said in a release.

See the graphic of their data below: