An invisible government agency produces crucial national security intelligence, but is anyone listening? 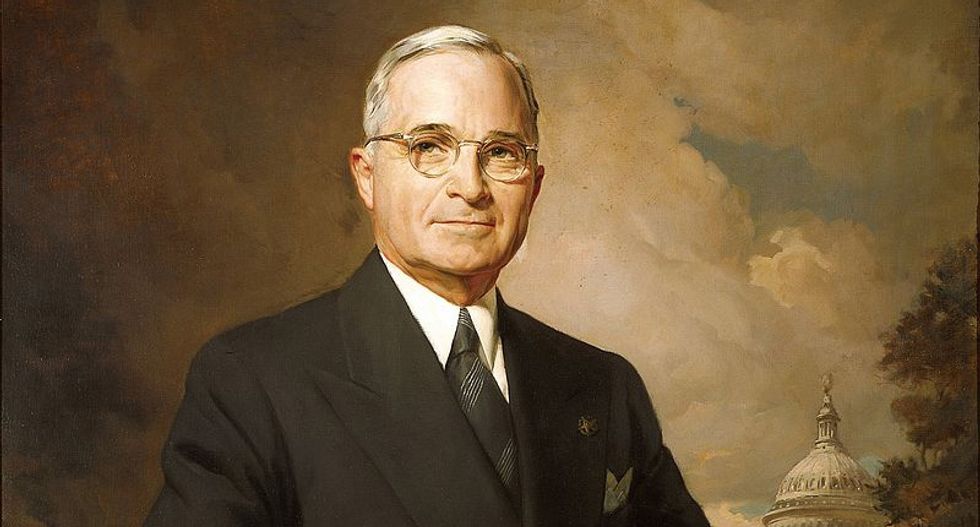 This year marks the 40th anniversary of a little-known U.S. organization that has provided crucial intelligence and analysis to presidents for all those decades: the National Intelligence Council.

Right after World War II, President Harry Truman understood that the United States was embarking into a new world order and required, in the words of one observer, guidance on “the big job – the carving out of United States destiny in the world as a whole.”

He established a Board of National Estimates deliberately outside the White House, State Department and Pentagon so that strategic intelligence would be provided with a degree of independence and detachment.

As national security scholars and practitioners, we believe it was a wise judgment. In our experience, when intelligence analysts are close to policy operators, the risk grows that assessments will be cut to suit the cloth of policy – a frequent problem with military intelligence.

In the 1970s, the board was transformed into the National Intelligence Council. The board had become too detached and academic, in the view of both the director of central intelligence, James Schlesinger, and the national security advisor, Henry Kissinger.

Schlesinger’s successor, William Colby, replaced the board with national intelligence officers, who later became the National Intelligence Council and took on the role of strategic intelligence analysis, drawing on the work of all the intelligence agencies.

We each served, at different times, as chairman of the National Intelligence Council. Our recent book, “Truth to Power,” chronicles the history of the council, an organization well known inside government but little understood outside, and its involvement in almost all the major foreign policy challenges of the last decades.

Did the National Intelligence Council always get it right? Of course not. As Yogi Berra put it, “It’s tough to make predictions, especially about the future.” And while the council, and U.S. intelligence more generally, would like to always “get it right,” the better standard is whether its work was useful in helping policy move in a wise direction.

On that score, it has played a critical role in supporting presidents ever since Truman’s time, often providing an important check on the wilder impulses of policymakers.

In a dangerous but shapeless world, strategic analysis has never been more important. Yet it is apparent that disdain for analysis has also never been greater than under this administration. 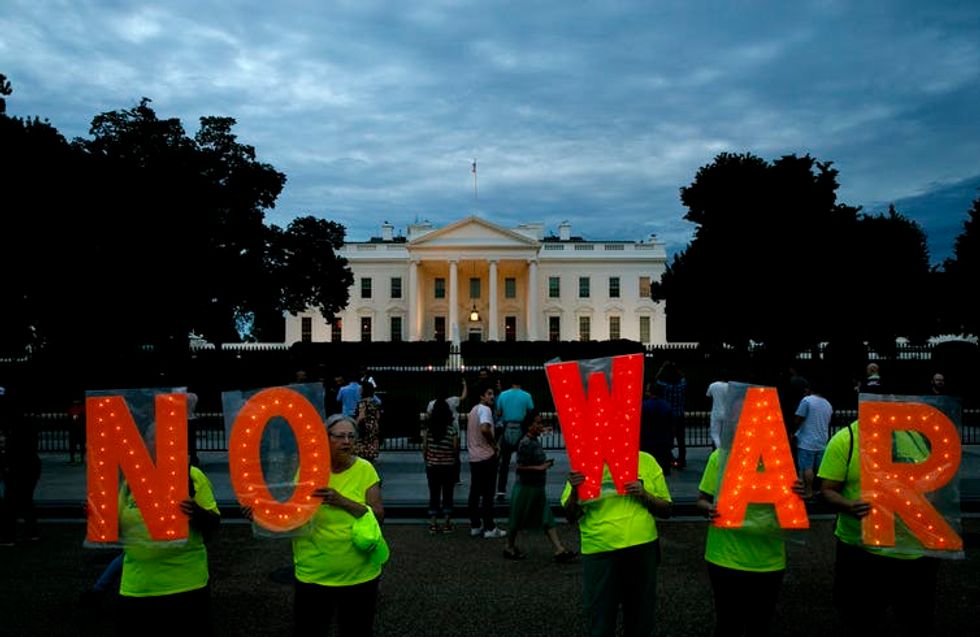 Protesters spell out ‘No War’ after Trump tweeted that ‘Iran made a very big mistake’ by shooting down a U.S. surveillance drone.

The National Intelligence Council at work

The council now is composed of fewer than 100 analysts, national intelligence officers and their deputies, organized like the State Department in geographic and functional accounts, like terrorism or technology.

When we each served as chairman of the council, if the national security advisor or another senior National Security Council officer wanted to know how “intelligence” assessed a particular issue, the question would go to the council.

The appropriate national intelligence officer would convene his or her colleagues from all the agencies to agree on the answer and produce an assessment. Disagreements would be noted in the assessment, which would first be given to the National Security Council, then often put in a form that, while still classified, could be distributed more widely, including to Congress.

The council is still answering questions, but there is very little process in the Trump administration. The main policy committees, the “principals” (Cabinet officers) and “deputies” (their number twos and threes), hardly meet, and decisions are made by tweet or held tightly by the national security advisor.

The process for the council’s National Intelligence Estimates is similar to writing an assessment, but the point of the exercise is to look ahead, to identify connections among issues and their importance. From start to finish, an estimate can take months to complete. Finished estimates are approved by a meeting of the agency heads, the National Intelligence Board, whose members are the heads of every U.S. intelligence agency. 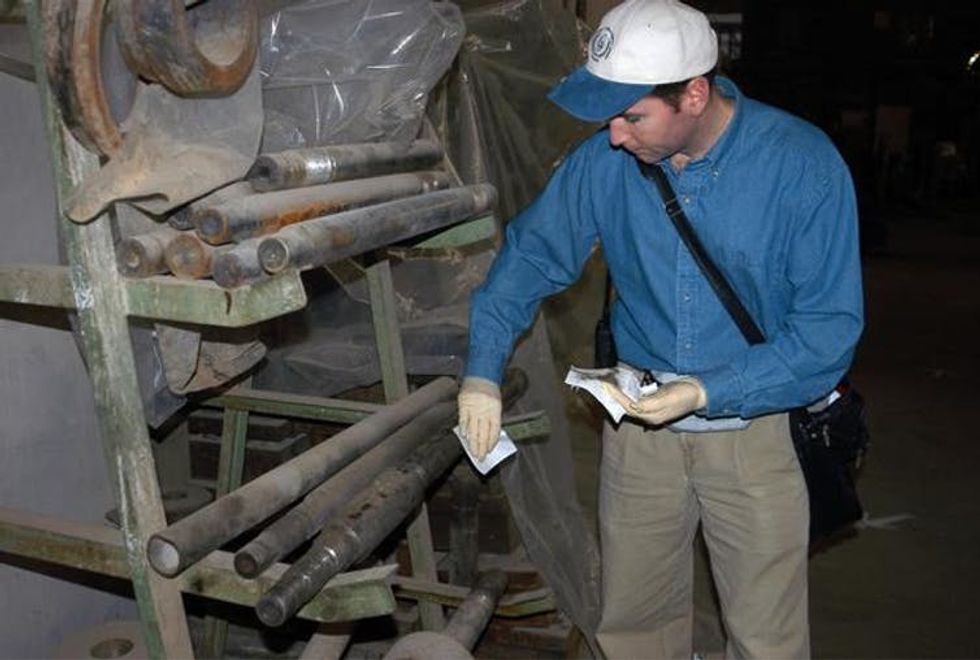 The need for strategic intelligence

Perhaps the council’s most studied failure, the 2002 National Intelligence Estimate on Iraqi weapons of mass destruction, is a case in point about the limitations of intelligence in guiding policy.

That estimate was used to justify a war – not yet ended – in which over 4,000 Americans have died, according to official Defense Department statistics, but Iraq did not turn out to have any of the weapons. The estimate cited evidence, but it turned out not to be evidence of weapons.

Surely, in assessing that Saddam Hussein had weapons of mass destruction, the council got it wrong. But so did virtually everyone else, including the two of us, who nonetheless opposed the war.

Yet the bigger story of that estimate is that it didn’t make a difference to policy. The George W. Bush administration had long before decided on war, according to then-National Security Advisor Condoleezza Rice and then-Deputy Defense Secretary Paul Wolfowitz. And so the most the estimate did at the time was to perhaps provide some cover for skeptical Democrats in Congress who didn’t want to vote “no” to war.

The council did, however, provide good strategic analysis that – if heeded – could have averted policy fiascoes in the Middle East during this same period.

For instance, two of the council’s assessments in January 2003 were cautionary about the planned U.S. invasion and occupation of Iraq.

The first assessed that the war would produce a spike in anti-American terrorist activity and recruitment, while the second noted that occupation would evoke bad associations with earlier foreign occupations of Baghdad, and so needed to be internationalized as soon as possible, presumably through the U.N.

They went unheeded by the Bush administration.

In 2011, the Obama administration participated in the NATO operation in Libya aimed at preventing a bloodbath in Benghazi, Libya’s second-largest city. The administration did not heed the warnings from intelligence and military leaders that the operation could grow rapidly into a much greater involvement in that country’s political problems.

The operation quickly and predictably expanded from a limited humanitarian intervention into a much broader campaign to overthrow the regime of Moammar Gadhafi, which led to even more civilian casualties.

President Obama later called this his “worst mistake,” acknowledging that he was at fault for “failing to plan for the day after” the intervention. At least he wished he had heeded cautionary assessments.

We have both witnessed how presidents and Cabinet officers often don’t want strategic analysis. They have ascended to senior positions because they have (or want to project) a high degree of self-confidence and self-assurance. They don’t like their pet projects subjected to critical scrutiny.

But under President Trump, this has become a much more acute problem. Intelligence community judgments that North Korea would not give up its nuclear weapons and that Iran was in compliance with the 2015 nuclear deal were wholly ignored by the Trump administration.

Policymakers understandably want intelligence analysis to support their policies. But whether they know it or not, they also need intelligence as a somewhat detached check on their ambitions.