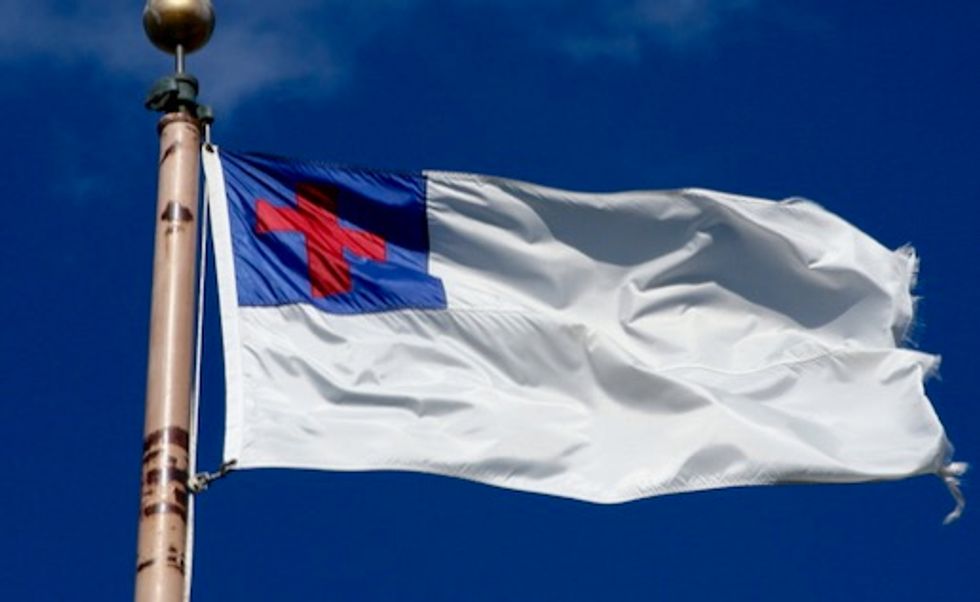 An anti-gay hate group is suing the City of Boston on behalf of its client to force the "City on a Hill" to allow the Christian flag to be flown at City Hall.

Hal Shurtleff, the director and co-founder of Camp Constitution, the organization that wants to fly the Christian flag, claims the city's refusal is unconstitutional.

"There's no question that it is an unconstitutional act and originally said it was a violation of the First Amendment, which I find ironic," Shurtleff, who wants to see the flag fly for one hour in September, told Fox News. "I'm optimistic the lawsuit will go our way."

Shurtleff, according to Fox News, says if they had just told the City the flag wasn't a Christian flag but the flag for his organization he could have gotten way with it.

Camp Constitution, which appears to be an actual camp, claims its mission is to "enhance understanding of our Judeo-Christian moral heritage," and "the genius of our United States Constitution."

But it also says its mission is to "expose some of the abuses and perversions that have brought our nation and economy so far down."

Just in case there's any confusion about Shurtleff's mission, he posts tweets like this:

And despite Shurtleff's claim to revere the Constitution, this tweet, with an image from a far right wing website, shows the Christian flag flying over the American flag – something that is considered highly disrespectful to America.