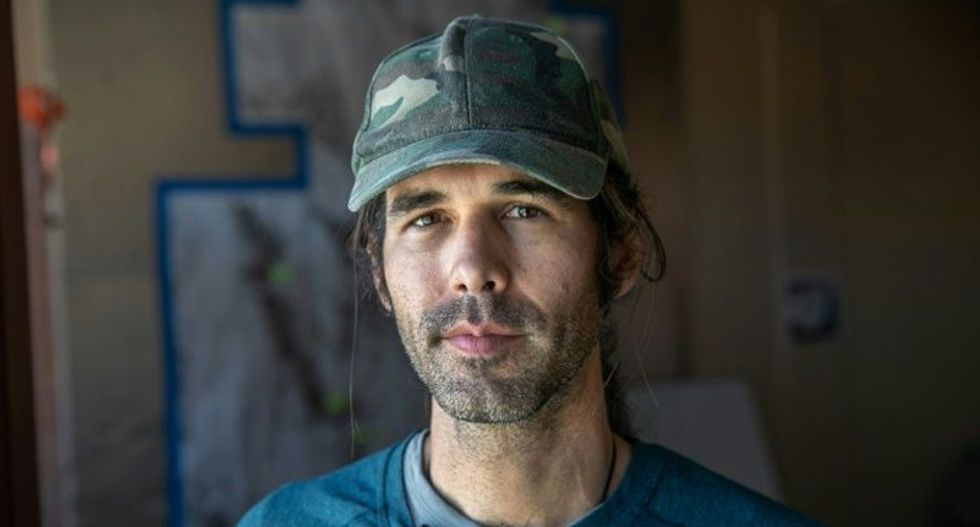 An American volunteer who faced 20 years in prison for aiding Central American migrants is set for another trial, but has been offered a sentence of 24 hours already served, his lawyer said Tuesday.

Scott Warren, a 36-year-old geography teacher and long-time volunteer with the humanitarian group No More Deaths, was accused by the Justice Department of conspiring to smuggle two men who crossed the border illegally in 2018 and sought refuge at one of the NGO's bases.

But a judge in the US state of Arizona declared a mistrial last month after jurors could not reach a verdict following three days of deliberations.

Prosecutors have decided to dismiss one of the three charges against him but are seeking to retry him on the other two unless he takes a plea deal, according to his lawyer.

"I can confirm that the government said it was dismissing the conspiracy and proceeding to retrial only on the two harboring charges," Gregory Kuykendall told AFP, adding that his client "is only facing two felony charges instead of three."

"The government also most unusually announced in open court what plea offer it was extending to Dr Warren," Kuykendall said.

If he agrees to admit a misdemeanor charge of "aiding and abetting entering without authorization," he will receive a sentence of the 24 hours in jail he has already served and the two remaining felony charges will be dropped, the attorney said.

"We now know the government's case and are in an even better position to defend Dr Warren," Kuykendall said, indicating that his client would refuse the prosecution's offer.

Warren told reporters after a hearing on Tuesday that "it has been deeply exhausting and troublesome to my friends and family."

"While I do not know what the government had hoped to accomplish here, I do know... what the effect of all this has been and will continue to be: raising the public consciousness, a greater awareness of the humanitarian crisis in the borderland, more volunteers who want to stand in solidarity with migrants," Warren said.

Prosecutors contended during the previous trial that Warren had conspired with a nurse and the operator of a migrant shelter called The Barn, located about 110 miles (177 kilometers) west of Tucson, to smuggle the two migrants from El Salvador and Honduras and shield them from the Border Patrol.

Warren's defense lawyers argued that their client was a law-abiding Good Samaritan simply trying to show "basic human kindness" when he helped the men, who had trekked through the desert and showed up unexpectedly at the building in Ajo, near the Mexican border.

They told jurors that Warren was targeted by authorities after No More Deaths released a video showing Border Patrol agents destroying water jugs left by the group in the desert for migrants.

The case, which drew international attention and prompted vigils across the US, was seen as a test of how far the Trump administration was willing to go in its battle to deter illegal immigration.

Amnesty International said US authorities had prosecuted nine humanitarian volunteers from No More Deaths in 2019.

"Humanitarian volunteers have been saving the lives of migrants and asylum seekers for years, in hostile desert terrain that authorities have weaponized against migrants with deadly effects," Erika Guevara-Rosas, Amnesty's Americas director, said in a statement.

"The US government must immediately drop all charges against Dr Warren and adopt and implement exemptions from criminal prosecution in all situations involving the provision of humanitarian aid," Guevara-Rosas said.