As drivers live in their cars due to poverty wages, Uber co-founder buys record-breaking $72.5 million 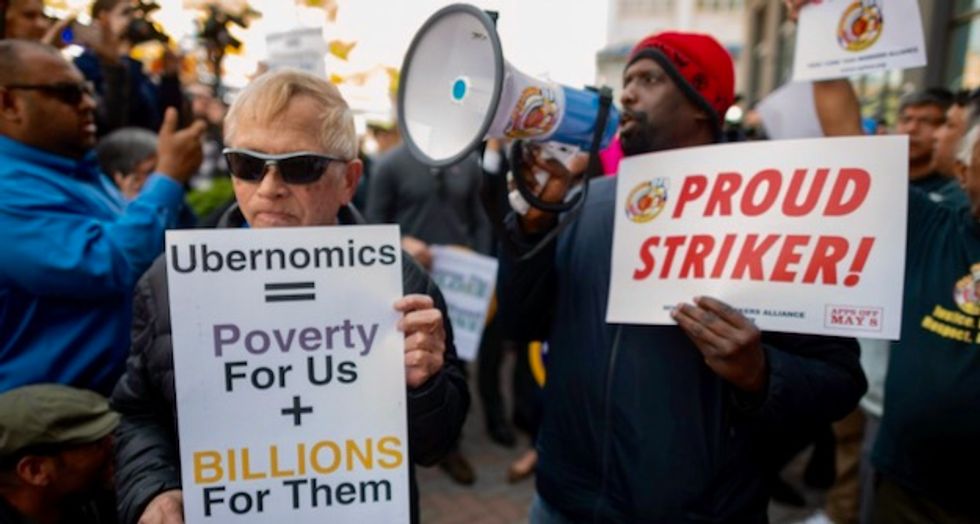 As rideshare drivers across the U.S. and around the world continue to struggle for decent wages, benefits, and the basic right to organize, Uber co-founder Garrett Camp reportedly purchased a Beverly Hills mansion for a record-breaking $72.5 million.

"It's a slap in everyone's face. The capitalist system we have has unduly rewarded him with extraordinary, in-your-face wealth."

—Veena Dubal, University of California, HastingsUber drivers, many of whom are homeless due to the $82-billion company's notoriously low rates, reacted to the Camp's purchase with outrage, describing it as a striking encapsulation of how the wealthiest Americans live in luxury on the backs of exploited workers.

"This is a perfect example of the one percent stealing from the rest of us," Nicole Moore, a ride-share driver in Los Angeles, told The Guardian in an interview. "Drivers are living in their cars. We're fighting for fair wages. At least share that wealth with the people who have actually built your company."

Uber driver and labor organizer Karim Bayumi said Camp's mansion was purchased with "our hard-earned money that they are unjustly taking from us."

Camp's "residential splurge," first reported Monday by Variety, comes just weeks after Uber and Lyft workers across the globe went on strike in May to protest poverty wages ahead of Uber's stock market debut.

As Common Dreams reported at the time, President Donald Trump's National Labor Relations Board gave Uber a boost shortly after its public market debut by ruling that the company's drivers are independent contractors and not entitled to the organizing rights of traditional employees.

Veena Dubal, an associate professor of employment law at the University of California, Hastings, told The Guardian on Tuesday that Uber became an immensely powerful company by evading labor laws and mistreating workers.

"It's a slap in everyone's face," Dubal said of Camp's mansion purchase, which comes in the midst of a homelessness crisis in Los Angeles. "The capitalist system we have has unduly rewarded him with extraordinary, in-your-face wealth.... This amount of money could change people's lives."