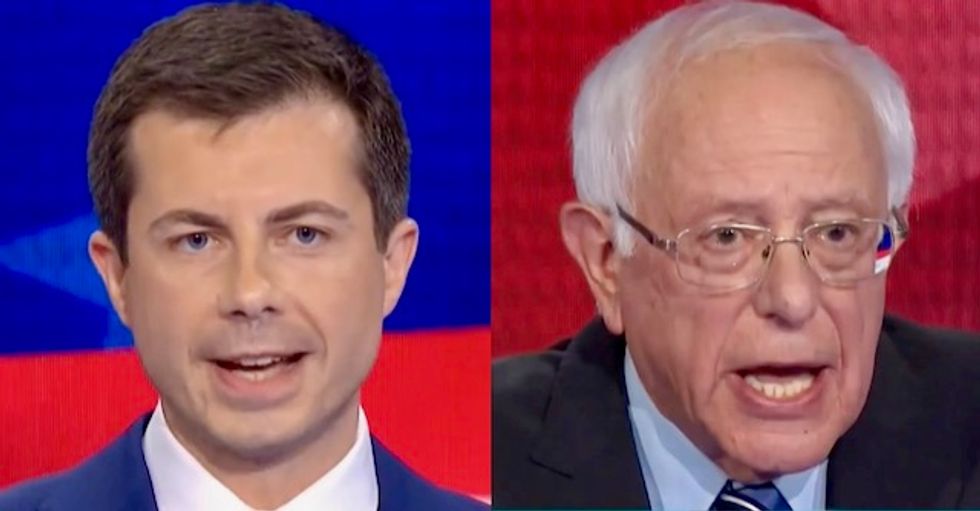 'Largest Haul of Any 2020 Democratic Candidate to Date'

Bernie Sanders took in $18 million through the end of June, according to Politico. He also "transferred $6 million from previous campaign accounts," which accounts for Sanders' press release spin titled, "Bernie 2020 Reports $24 Million in Q2."

CBS News, before Sanders' fundraising numbers were released, reported Buttigieg's $24.8 million came "from 294,000 donors in the quarter that ended Sunday, the largest haul of any 2020 Democratic candidate to date. The average contribution was $47.42 and the campaign currently has $22.5 million cash on hand."

The Sanders campaign took a swing at Buttigieg, saying, "Bernie Sanders does not go into closed-door high-dollar fundraisers and solicit money from corporate executives at their homes."

Sanders reveals his average donation is far less than in the 2016 race, just $18.

And while fundraising is only one of many factors that ultimately determine a candidate's strength, polls are an other.

"Mr. Buttigieg’s effectiveness on the debate stage helped improve his likability score by 10 points in a Morning Consult poll," The Washington Times, referring to last week's two Democratic debates, reports. "In early voting states where Mr. Buttigieg has already made a good impression, the debate confirmed that he is more than a long-shot candidate."