Campaigning from the Oval Office: Trump brags about ‘What I’ve done for the African-American’ 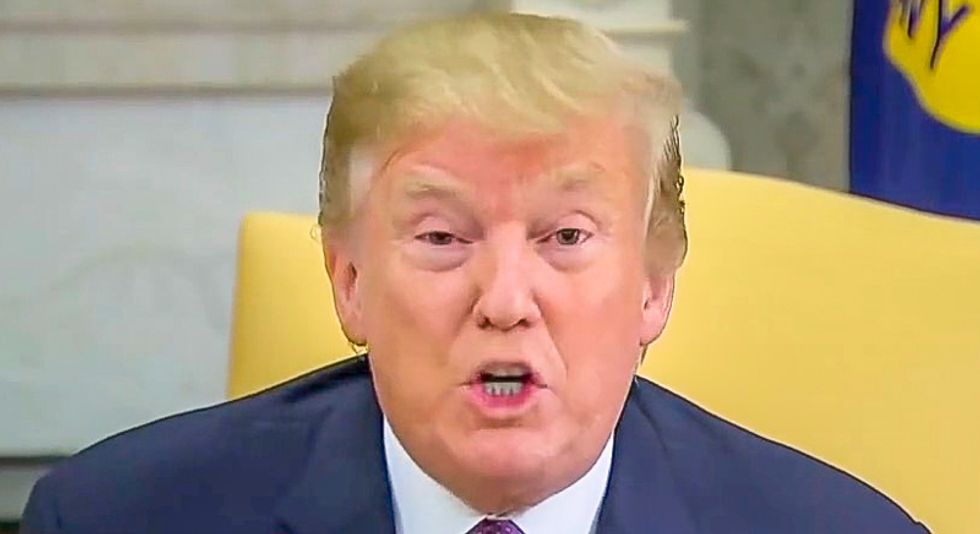 "We have fantastic relationships with the African-American community, certainly you're going to see that in 2020," Trump, in permanent campaign mode, says.

President Donald Trump on Monday was actively campaigning while sitting in the Oval Office during a visit with a foreign head of government. While not illegal, campaigning from within the White House is considered inappropriate, and previous presidents, like George W. Bush, have been pilloried for doing so.

During a lengthy (more than 40 minutes) and wide-ranging televised presser with the Prime Minister of Pakistan, President Trump casually began talking about the 2020 campaign, and bragging about all he's "done for the African-American."

After attacking the four Democratic congresswomen who are also women of color he's targeted for over a week now, Trump insisted "there's no racial tension."

The President's phrasing was reminiscent of him bragging about "my African American," when pointing out a Black supporter at a 2016 campaign rally.

Trump's relationship with the African American community is far different than the one he portrays. He currently is enmeshed in a battle of his own making, after his racist attacks on four progressive Democrats.