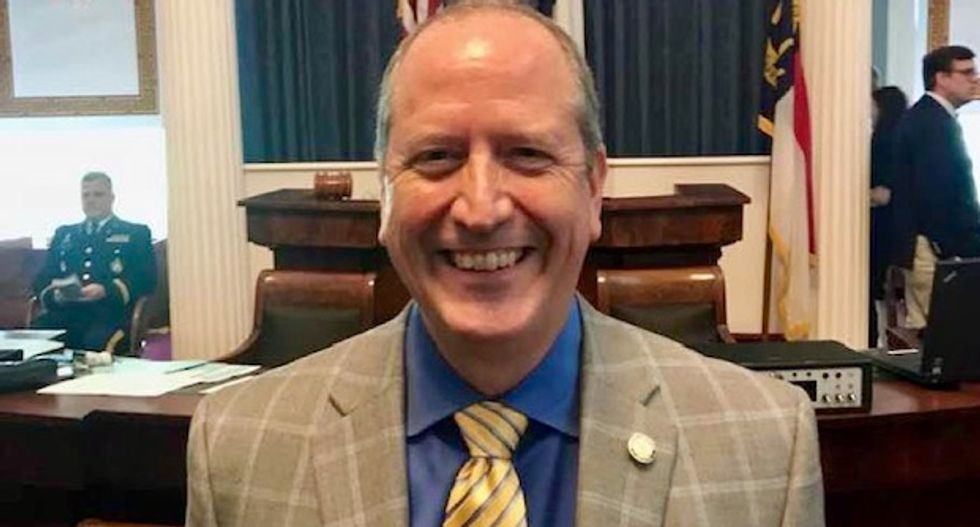 North Carolina State Senator Dan Bishop, the Republican party's nominee for an open seat in the U.S. House of Representatives, compared his work of trying to enable anti-LGBTQ religious discrimination to the efforts of German industrialist Oskar Schindler, who worked to save Jews during the Holocaust.

Bishop is the author of North Carolina's discriminatory "bathroom bill" known as HB2. It was designed to force transgender people to use restrooms that align with their assigned sex at birth and not their gender identity. He made his self-congratulatory remarks in a series of emails in 2017.

"In one email, Bishop referenced an Oskar Schindler quote to clarify he wants to allow as many people as possible to discriminate against LGBTQ North Carolinians," Real Facts NC first reported.

Bishop's emails show he was "working on what appears to be an attempt to add 'religious exemptions' language to HB142, the HB2 repeal bill."

HuffPost notes "the activists with whom Bishop was communicating worried that the exemption would be too narrow."

“As Oscar Schindler said, as many as we can,” Bishop replied, comparing his wish to see the maximum number of people exempted from local anti-discrimination laws to Schindler’s professed desire to hire, and therefore save, as many endangered European Jews as possible during World War II.

Bishop has an extremely controversial record.

In 2016 Bishop likened opponents of his "bathroom bill" to the Taliban, and characterized LGBT people as a danger to freedom.

He was an investor in Gab, the social media platform seen as an alternative to Twitter that's been called a "haven for white nationalists."