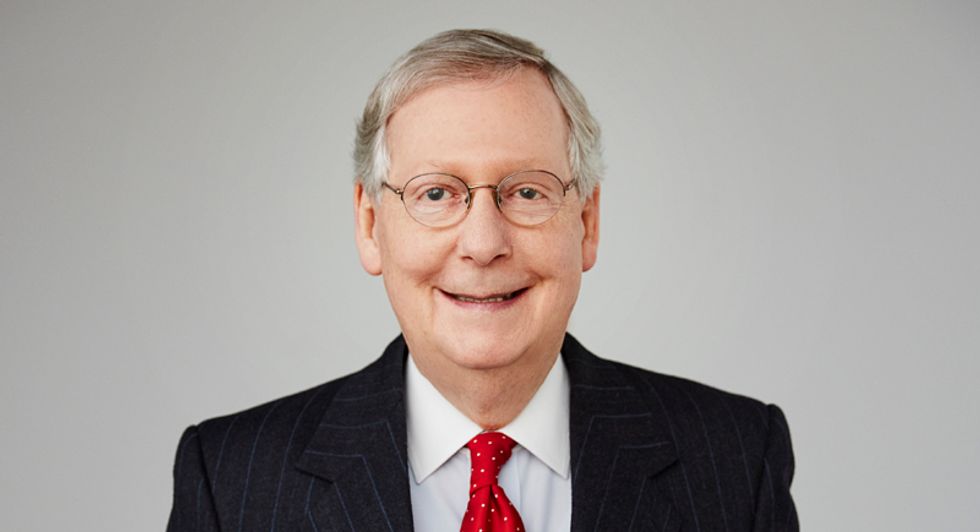 "Senators must put an end to this blatant disrespect to our judicial system, traditions, and democracy."

Democrats are facing pressure to do everything in their power to fight back as Senate Majority Leader Mitch McConnell moves to ram through 19 of President Donald Trump's right-wing judicial nominees before the chamber breaks for recess at the end of the week.

Welte, Trump's pick for the U.S. District Court of North Dakota, was confirmed with the support of 18 Democratic senators.

Sens. Joe Manchin (D-W.Va.), Doug Jones (D-Ala.), and Kyrsten Sinema (D-Ariz.) were the only Democrats to vote yes on Liburdi, a member of the right-wing Federalist Society.

The Leadership Conference on Civil and Human Rights pointed out on Twitter that both Liburdi and Welte refused to say Brown v. Board of Education—the 1954 Supreme Court decision that ruled racial segregation in public schools is unconstitutional—was correctly decided.

By invoking the so-called "nuclear option" earlier this year, McConnell set the stage for rapid confirmation of Trump's judicial nominees, who are overwhelmingly young and have the potential to reshape the nation's courts for decades to come.

The "nuclear option" is a rule change that slashes debate time on lower-level judicial nominees from 30 hours to just two hours.

"Democrats must insist on every vote," said Kang, "and oppose this takeover."

11 of these 19 noms refused to say #BrownvBoard was correctly decided. Democrats must not only oppose all of these… https://t.co/3tNhNWUXFS
— Christopher Kang (@Christopher Kang)1564075730.0

According to Bloomberg Law, it is "unclear whether the Republican-led chamber will get through the entire batch of Donald Trump nominees before breaking on Thursday for its August recess, but Majority Leader Mitch McConnell has said he wants to clear a significant number of them."

Kristine Lucius, executive vice president for policy and government affairs at the Leadership Conference on Civil and Human Rights, said in a statement Tuesday that "McConnell's flagrant move to clear the deck before the Senate leaves for recess would bring Trump's total to 150 judicial appointments."

"The agenda is clear: transform the courts as quickly as possible to achieve through the courts what Senate Republicans cannot accomplish legislatively," Lucius said. "Senators must put an end to this blatant disrespect to our judicial system, traditions, and democracy. They must demand that each nomination receives a roll call vote, so the public knows where their senators stand."