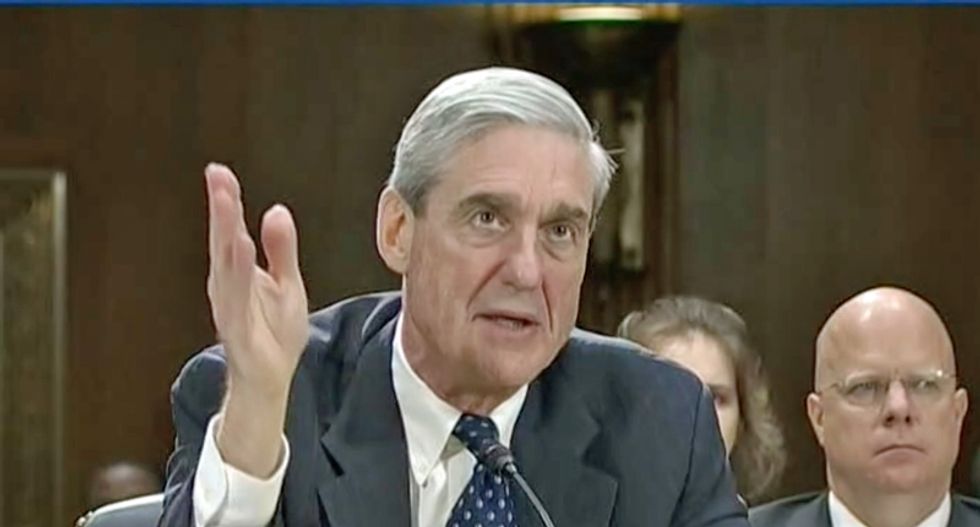 Democrats shouldn't expect Robert Mueller to go much further beyond the somewhat dispassionate public statements he's already made about his investigation into President Donald Trump's campaign ties to Russia.

The former special counsel will testify Wednesday before the House Judiciary and Intelligence Committees, and the longtime lawman will likely show up highly prepared but also remain aloof from partisan passions, reported Politico.

“Even for relatively simple presentations, Mueller would prepare relentlessly,” said Chuck Rosenberg, a Department of Justice veteran who has known the former FBI director for two decades.

Rosenberg said Mueller would prepare relentlessly, with dozens of briefers "lining up" outside his conference room door, before any congressional testimony, even something as low-key as the annual oversight hearing.

“He doesn’t like public speaking,” Rosenberg told the website. “But he prepares assiduously and is extremely credible because he doesn’t try to spin, he doesn’t speculate and he doesn’t hypothesize.”

Mueller has disappointed Democrats hoping that he would go beyond the cooly detached presentation of evidence in his report, which was issued in March, and his only public remarks, back in May.

“His style is ‘just the facts, ma’am,’” said Joe Campbell, an FBI veteran who served under Mueller. “He wants to be helpful, doesn’t want to obfuscate or create the appearance of obstruction. I’ve never known him to fall flat. He’s always been very direct and clear-thinking in his answers, and has tried to help members understand key points."

Former CIA director George Tenet said he's begged Mueller to show more emotion during his congressional testimony, and he's even tried to get the law enforcement veteran to crack a smile by covering his mouth and whispering jokes to him during hearings.

“Everybody thinks we’re saying something profound to each other at the moment," Tenet said. "Well, Bob and I would be in the middle of a testimony, and I would cup my hand and look and say something to Mueller like, 'Bob isn't that the dumbest question you've ever heard in your life?'”