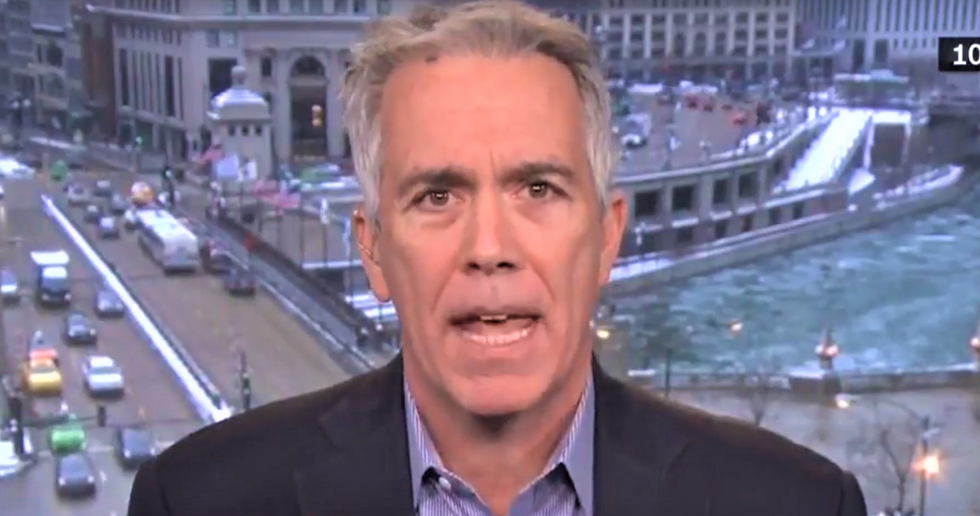 Writing for the conservative Trump-skeptic site The Bulwark on Tuesday, former Tea Party Rep. Joe Walsh (R-IL) scorched his former colleagues, Reps. Jim Jordan (R-OH) and Mark Meadows (R-NC) for plotting to take down former special counsel Robert Mueller at Wednesday's House hearing, rather than actually listen to what he has to say about Russia's involvement in the 2016 presidential election and President Donald Trump's efforts to thwart the probe.

"Jordan and Meadows belong to a generation of conservatives who supposedly believed that it was Congress's job to hold the executive branch accountable," wrote Walsh. "But they're not doing it ... Jordan and Meadows are no longer defenders of the law but apologists for a president who abuses it."

While Walsh still supports much of their conservative agenda, he cannot support their attempts to discredit Mueller and spin or bury his findings on Trump.

"After news of Mueller's testimony broke, Meadows said that 'Mueller better be prepared, [because] he will be cross-examined for the first time, and the American people will start to see the flaws in his report,'" wrote Walsh. "First of all, skeptics like Meadows who actually sit on the Judiciary Committee had better be prepared themselves ... if those in Meadows’s camp are going to be so bold, they should all state, for the record, that they’ve read the source material. To vow that Americans will somehow learn of 'flaws' in Mueller’s report is to imply that his critics in Congress can cite chapter and verse. It's tough to believe that they could, if, as Justin Amash said a couple of Sundays ago, about 85 percent lawmakers still haven't read the special counsel's full findings."

"Here's the bottom line, folks: We need facts, not fireworks. Mueller will be doing a public service by sticking to them and saying them out loud," said Walsh.

He pointed out that contrary to this narrative from Meadows and Jordan about Mueller being some partisan out to get Trump, Mueller clearly found evidence Trump tried to fire him — and Mueller did his job anyway. "No one should be surprised. There couldn’t have been a better man than Robert Mueller for the job of special counsel. He’s a patriot: A highly decorated Vietnam War hero, a model public servant who Republicans and Democrats alike have praised throughout his career, and a Republican himself, to boot. The American people see right through the attacks on his integrity. Because the attacks are stupid."

"If these were the days of Watergate, there would be Republicans who never would've used such a word to describe Mueller's work," said Walsh. "There would be Republican representatives like Manley Caldwell Butler of Virginia, who said of Nixon’s offenses, 'These things have happened in our house, and it is our responsibility to do what we can to clear it up. It is we, not the Democrats, who must demonstrate that we are capable of enforcing the high standards we would set for them.' Republicans like Butler had a spine. Most Republicans today don’t. So of course they can't help but lie at the feet of a president whose boots they lick."