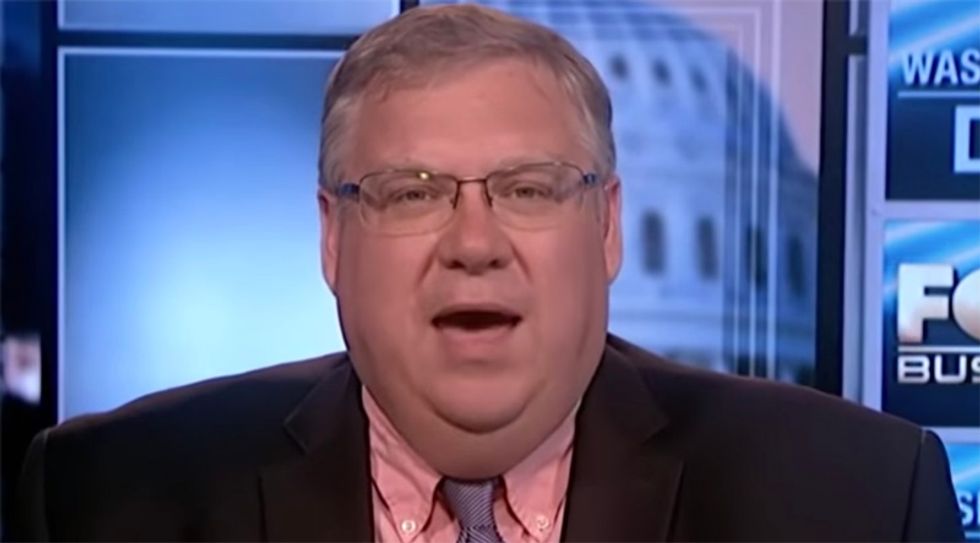 During his frequent appearances on Fox News, far-right Republican attorney and activist J. Christian Adams has often been billed as an expert on voter fraud. But many of Adams’ critics would argue that his area of expertise isn’t really voter fraud, but rather, finding ways to promote voter suppression. And Media Matters is reporting that Adams, as part of a federal settlement, will be required to apologize to Virginia citizens who his organization wrongly identified as being illegally registered to vote.

Adams is the founder of a nonprofit right-wing law firm called the Public Interest Legal Foundation (PILF), which is known for producing reports on voter fraud and suing counties in order to bully them into purging people from voter rolls. Adams’ group produced two reports on Virginia: one titled “Alien Invasion in Virginia” in September 2016 and a sequel titled “Alien Invasion II” in May 2017 — and in both reports, PILF called for voter roll purges and claimed that undocumented immigrants could have changed the results in some elections in that state.

The federal lawsuit, according to Media Matters’ Matt Gertz, reportedly came about because of misleading information in those reports. “Alien Invasion in Virginia” alleged that the group found that “1046 aliens” had “registered to vote illegally” in that state.

But as it turned out, experts on election law found the reports’ methodology to be seriously flawed. In April 2018, four United States citizens filed a federal lawsuit against PILF for wrongly identifying them as noncitizens who were voting illegally. Other plaintiffs in the lawsuit included the League of United Latin American Citizens, Protect Democracy and the Southern Coalition for Social Justice.

The lawsuit asserted that PILF’s tactics amounted to voter intimidation, stressing, “Labeling the individuals named in the reports as non-citizens — and therefore, felons — with reckless disregard for the truth of those accusations acts to intimidate and threaten those individuals and to deter them from voting or registering to vote.”