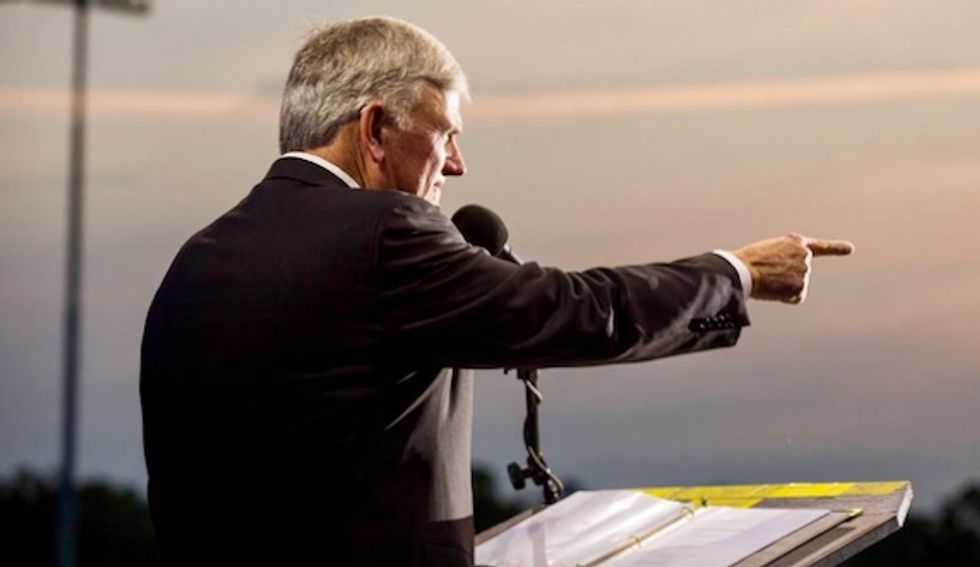 Homophobic Franklin Graham has made being anti-LGBTQ a large part of his work, and he's back to attacking the LGBTQ community because it's a day that ends in "y." His latest assault is of course one that ignores the teachings of his savior Jesus Christ and tries to pit Christians against LGBTQ people rather than trying to unite people by preaching the actual meaning of Christ, which Christians say is love.

He neglects to say which word of God, and I'm not an expert but I'll bet all theologians would say references to homosexuality are a tiny, tiny portion of the Old Testament (some say there are just seven) and are reportedly absent – except for one – in the New Testament.

Graham could have chosen any story in the news of the day to use as an opportunity to advocate for his faith. Instead, he turned to a Fox News article to drum up a two-year old event, then tried to use it to attack LGBTQ people.

"Ashlyn Harris of the U.S. Soccer Women’s National Team was recently in the news for accusing former teammate Jaelene Hinkle of homophobia," Graham wrote on Facebook Wednesday, as Joe.My.God. noted.