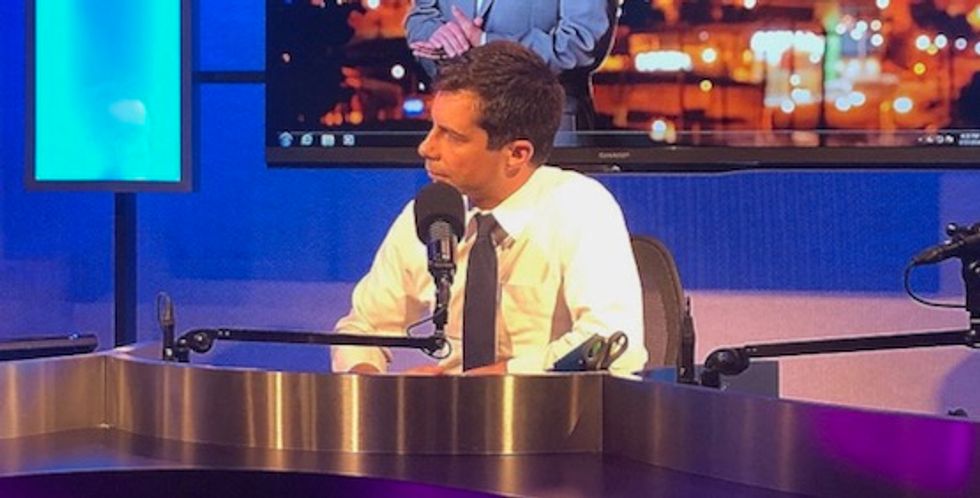 A prominent Georgetown Law professor says Cumulus Media likely blocked an interview one of its country music station hosts had conducted with Pete Buttigieg from airing because the Democratic presidential candidate is gay.

After Huffpost reported that Blair Garner had been told by Cumulus Media he could not air any part of his interview with Buttigieg, Cumulus – the number three broadcaster in the nation of AM and FM radio stations – claimed the decision was based on the “equal time rule.”

But Talking Points Memo reached out to an expert, Georgetown Law Professor Andrew Schwartzman, who details his explanation but sums it up by saying Cumulus "likely" blocked the interview because Buttigieg is gay.

“This was almost certainly a bona fide news interview,” Schwartzman says. “If another candidate asked for equal opportunity, equal time, the station could say no.”

“This is much more likely to be about Cumulus not wanting to be seen as promoting a candidate who may not be particularly consonant with the proclivities of country station listeners since he is — how should we put this — gay,” Prof. Schwartzman concludes.

If there are any questions about Schwartzman's bona fides, his stellar bio at Georgetown should put those to rest. It includes this:

From 1978 through 2012, Schwartzman headed Media Access Project (MAP). MAP was a non-profit public interest telecommunications law firm which represented the public in promoting the First Amendment rights to speak and to hear. It sought to promote creation of a well informed electorate by insuring vigorous debate in a free marketplace of ideas. It was the chief legal strategist in efforts to oppose major media mergers and preserve policies promoting media diversity.