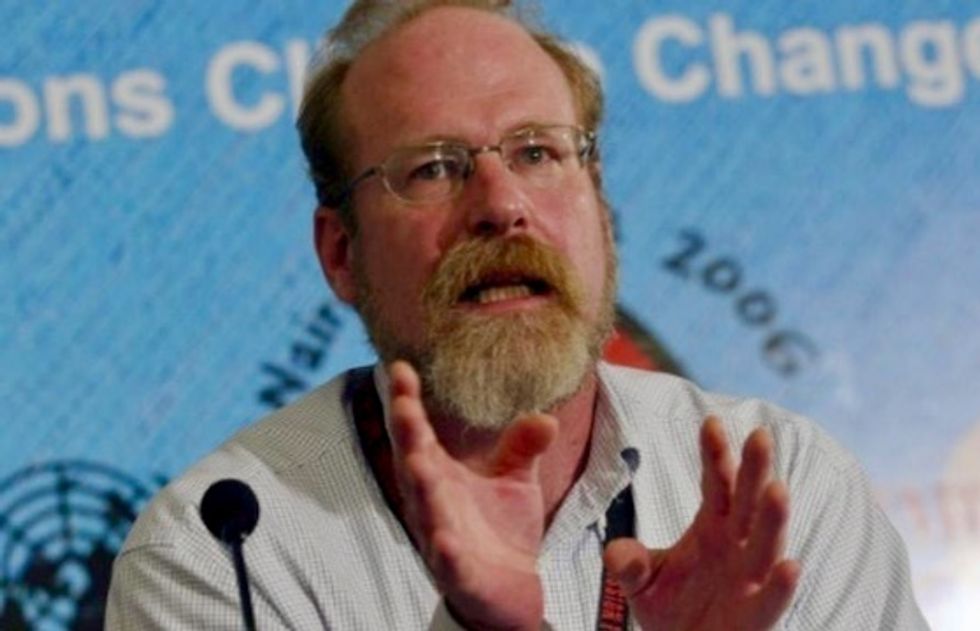 Sawyer passed away in an Amsterdam hospital shortly after he was diagnosed with the disease, Greenpeace told AFP.

Known for stubborn courage and an ability to inspire others, Sawyer was propelled into the international spotlight after the bombing of the Rainbow Warrior by the French agents in Auckland harbour on July 10, 1985.

Sawyer, the lead campaigner on the Rainbow Warrior at the time, was celebrating his 29th birthday when the limpet mines went off.

The sinking of the original Warrior is seen as a key event in Pacific history, leading to the end of nuclear testing on the islands.

"Sawyer's handling of the aftermath, and the successful suit of the French government for damages, propelled his own reputation as a leader," Greenpeace said.

The American was named as Greenpeace International's executive director in 1988 and served in various leadership positions at the environmental activists' organisation for more than two decades.

"Greenpeace had some of its greatest triumphs in the years Sawyer was at the helm ? from the declaration of Antarctica as off-limits to gas and oil exploration, to the Montreal Protocol limiting ozone-depleting gasses to an end to radioactive waste dumping at sea worldwide," a statement from the group said.

Sawyer was also general secretary of the Global Wind Energy Council, a Brussels-based green industry association, for more than a decade. Before his death, he served as the council's senior policy advisor.

He was one of the earliest activists to speak out about climate change.

"Future generations will rue the years of inaction," he told AFP in an interview in 2009.

"Some generations will rue it very much -- those that survive," he said at the time.

Tributes poured in after news of Sawyer's death.

"He did a better job than most of us at just about everything he put his hand to," one mourner tweeted.

Sawyer leaves behind his wife of more than 30 years Kelly, as well as a son and a daughter.