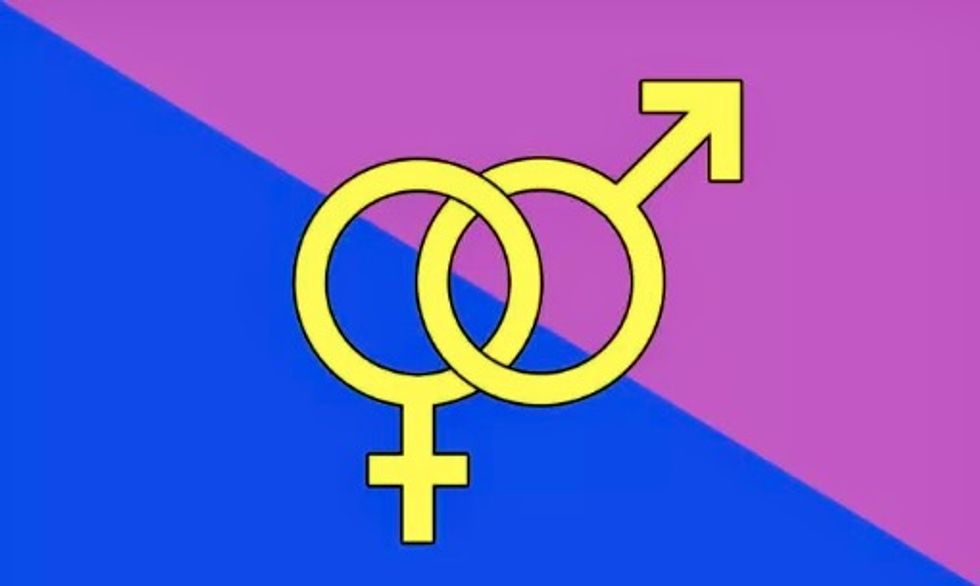 An organization insisting that straight people represent an oppressed and marginalized group are holding a "Straight Pride" parade on August 31 in Boston. The organization, Super Happy Fun America, is claiming that the 15 or so U.S. companies they chose to list as "potential sponsors" despite having received zero interest in sponsoring their parade, are now "corporations that hate the straight" for refusing to do so.

Super Happy Fun America (SHFA) has deemed that some of these companies, including Netflix, TripAdvisor, JP Morgan Chase, and Ben and Jerry's, are "heterophobic" corporations or sent "heterophobic" responses – all because they don't want to tarnish their corporate reputations by sponsoring what some have called a hate fest.

In a blog post Tuesday Super Happy Fun America wrote that "rather than show their support for equality and inclusivity, we received hateful and heterophobic emails, threats against our 1st amendment rights, and attempts to take down our website."

"The responses from global corporations effectively demonstrate the serious need for our civil rights movement is needed now more than ever!" they claim, falsely. "We will not be intimidated by their threats against our happiness and fun. Straights are a legitimate sexual orientation and we demand the same rights as everyone else. The Straight Pride parade is enormously popular and we call on all freedom loving patriots to join us on August 31st. The door is always open for sponsorships from companies who recognize the value of our civil-rights movement, and we encourage others to get involved."

The door is "always open," it would seem because SHFA doesn't seem to have any sponsors.

Among those refusing to sponsor the "straight pride" parade are ride-sharing company Lyft.

"Super Happy Fun America received a letter from Lyft labelled 'Cease and Desist' with a demand to 'immediately remove the Lyft name, logo, and branding from your regrettable website," SHFA writes. "It appears that Lyft is yet another heterophobic global corporation. We believe that there is nothing 'regrettable' about advocating for equal rights for straights as we celebrate our community’s diverse history, culture, and identity."

Netflix is another target of SHFA.

"Netflix is a heterophobic company steeped in hatred and bigotry," SHFA claims. "They not only rejected our offer but threatened us with litigation if we did not stop using their name and logo, which is perfectly legal for editorial or informational purposes," SHFA claims.

Netflix labelled us bullies and declared that their legal department “is here, it’s queer, and it’s telling you to steer clear.”

Then we comes to Trip Advisor. Perhaps taking a page from Netflix's response, the legal eagles, "TripAdvisor's letter stands out for its inclusion of songs that LGBTQ+ people have adopted as anthems," Boston public radio station WBUR reports.

Here are a few amusing excerpts, emboldened by WBUR:

I am writing on behalf of TripAdvisor LLC concerning Super Fun Happy America’s [sic] unauthorized use of TripAdvisor’s logo, as displayed on your website at superhappyfunamerica.com/2019/07/09/corporate-sponsors/. I’m Coming Outand saying this clearly: you are infringing upon TripAdvisor’s intellectual property rights. Further, your statement that you are “in negotiations” with TripAdvisor as a “potential sponsor” is completely false.

To be precise, your use of the TripAdvisor trademark and our Beautiful logo infringes TripAdvisor’s trademark and trade name rights. TripAdvisor’s trademarks are protected in many countries around the world and Over The Rainbow, including in the United States under Registration Nos. 2727627, 3171193, 4612678 and 4454774. We have become a well-known brand for our reviews of hotels, restaurants, experiences and even the occasional YMCA, but we weren’t Born This Way – we obtained that recognition through significant advertising and promotion since as early as 2000. As a result of the breadth of the services it provides and its widespread renown, TripAdvisor enjoys substantial rights in its mark and name.

Contrary to your claims, TripAdvisor is not “in negotiations” with your organization for sponsorship of its “Straight Pride Parade.” Similarly, we have not authorized you to use our name or logo in any way. You Need To Calm Down – you are not sponsored by, associated or affiliated with TripAdvisor in any way, and thus, your use of our marks could confuse the public as to an affiliation with TripAdvisor. These inaccurate statements, which I trust do not show your True Colors, infringe on TripAdvisor’s rights under the Lanham Act, and impinge upon our Freedom! to decide with what organizations we want to associate our brand. Have A Little Respect and remove those statements. TripAdvisor and I Will Survive without being associated with your event.

Despite claiming they have every right to use logos of corporation just because they've sent them an email, it appears BestBuy has been successful in getting theirs removed. It appears here but not here.