Here is why Nancy Pelosi allowed a House impeachment vote 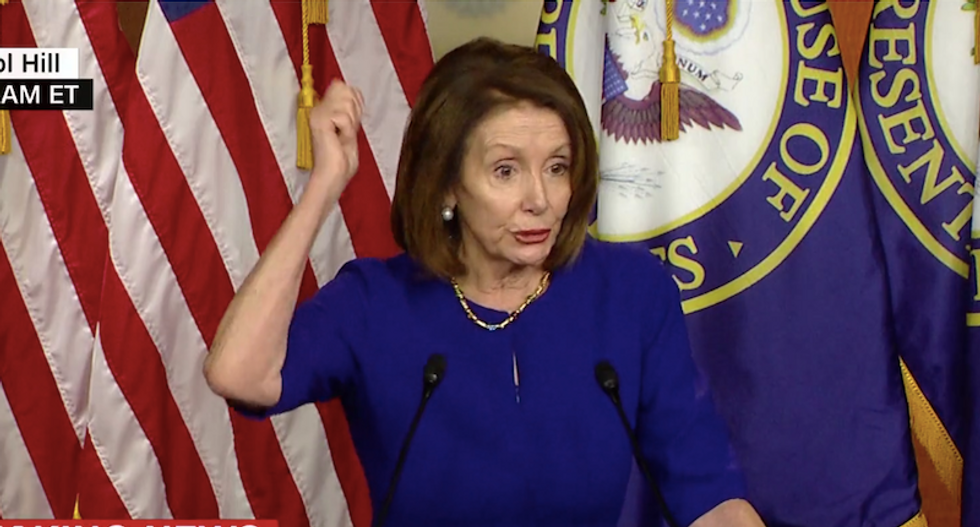 Admitting that he isn't privy to insider knowledge from the Democratic leadership, Bloomberg columnist Jonathan Bernstein suggested that House Speaker Nancy Pelosi may be playing a much longer game on the possibility of impeachment hearings on Donald Trump than her detractors believe.

Wondering, "Is Nancy Pelosi closer to impeachment?' Bernstein writes, "Usually, when a regular bill or resolution has been introduced, it’s then referred to committee. If the majority party doesn’t want to consider the bill, it will die with no further action. Under House rules, however, any member can force an impeachment resolution onto the floor as pending business. That’s what [Rep. Al] Green (D-TX) did Wednesday."

"What I found interesting was that House Speaker Nancy Pelosi, who has said she opposes impeachment, apparently didn’t whip the vote," he continued. " If that’s the case, what does it say about her real position?"

According to the columnist and political observer, the House Speaker might have been seeking to "mollify" Democrats who have been pushing hard for impeachment and let them blow off some steam.

Conversely, he suggested, Pelosi might be leaning more towards impeachment than she is letting on and was testing the waters while delivering a warning shot that support within her caucus "for ousting the president is growing."

"Of course, whipping votes is easier said than done, and it’s possible that Pelosi and other Democratic leaders didn’t think they could sway committed lawmakers even if they tried," he wrote before adding, "But I strongly suspect that a serious effort here could’ve reduced the pro-impeachment total. And the choice not to push members certainly seems deliberate to me."