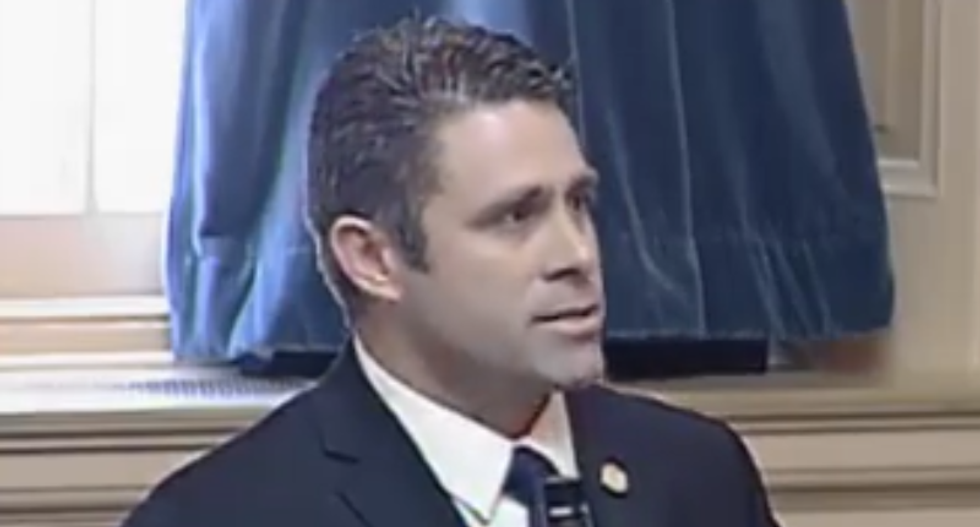 On Wednesday, the Washington Post reported that Virginia election officials have denied a frantic request by Republican Delegate Nick Freitas to be added to the ballot for the 2019 legislative elections.

A few months ago, Freitas, a firebrand conservative who ran for Senate last year and has suggested abortion causes mass shootings, was not even on the radar of elections experts looking at which Republican-controlled seats in the House of Delegates are most likely to flip. He has often been referred to as a rising star in the Virginia GOP. His district in Culpeper, the 30th, is extremely conservative, having voted for President Donald Trump nearly 2 to 1, and Freitas ran unopposed in his primary. But somehow, he failed to submit the paperwork for his candidacy on time, meaning that he is not eligible to appear on the ballot.

Freitas tried to work his way around this problem by briefly dropping out of the race, so that local Republicans could nominate him as a "replacement" candidate — but state officials said that the law did not allow that in this situation.

If Freitas cannot get this decision appealed, he has said he will mount a write-in campaign, which will be considerably harder — and create an opening for his Democratic opponent, former educator and juvenile probation officer Ann Ridgeway.

Republicans cannot afford to lose any seats in Virginia, which is the only Hillary Clinton-carried state where they still control the entire legislature. They hold the 100-seat House of Delegates 51 to 49. A net loss of one seat would tie control of the chamber and force the GOP to cut a power-sharing deal with Democrats; a net loss of two seats would cost them the majority outright. In the 40-seat Senate, where they hold an equally razor-thin margin of 21 to 19, a loss of just one seat is sufficient to lose the chamber, as tiebreaking votes would go to Democratic Lt. Gov. Justin Fairfax.