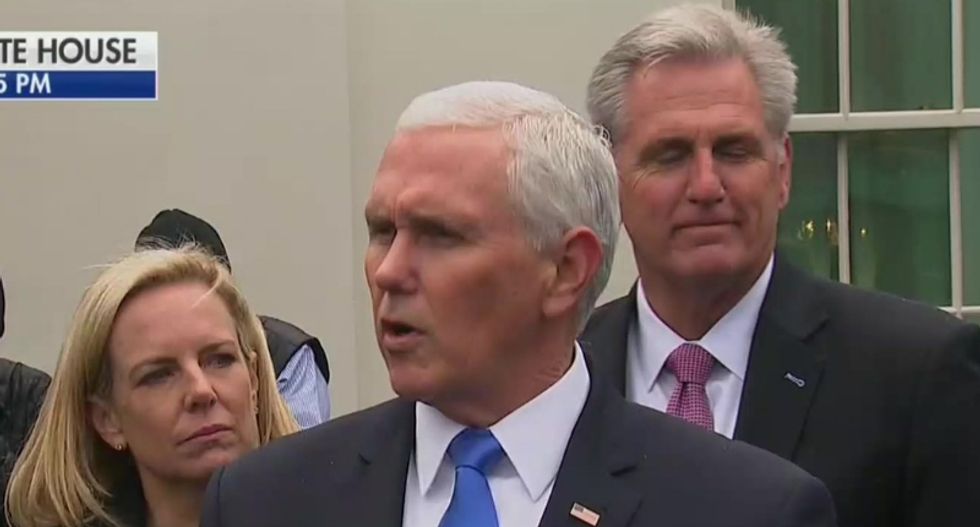 A key bloc of House Republicans is planning to put pressure on Amazon to once again start selling "gay conversion therapy" books that the website had previously removed for peddling a dangerous, pseudo-scientific procedure that has been linked to suicide and mental health problems.

Vice News reports that the Republican Study Group issued a handout to its members this week encouraging them to raise concerns about "Amazon censorship" of books written by Dr. Joseph Nicolosi, the late clinical psychologist who has been credited with pioneering so-called gay conversion therapy techniques.

"In recent days, Amazon has banned the sale of several books addressing unwanted same-sex attraction," the handout states. "It is not clear that any of the banned books have violated an Amazon policy, but rather that the company is choosing to censor speech."

The RSC also pointed its members to an article in the right-wing publication The Federalist that described the LGBTQ community as a "supposedly oppressed and marginalized group" that also "wields an extravagant amount of power today, and does so without regard for the rights of anyone who chooses to not support them."

Nicolosi's work has long been discredited by other professional psychologists. In 2009, the American Psychological Association concluded that "mental health professionals should avoid telling clients that they can change their sexual orientation due to a lack of evidence that such change is possible and the potential for such efforts to harm the patient’s mental health."