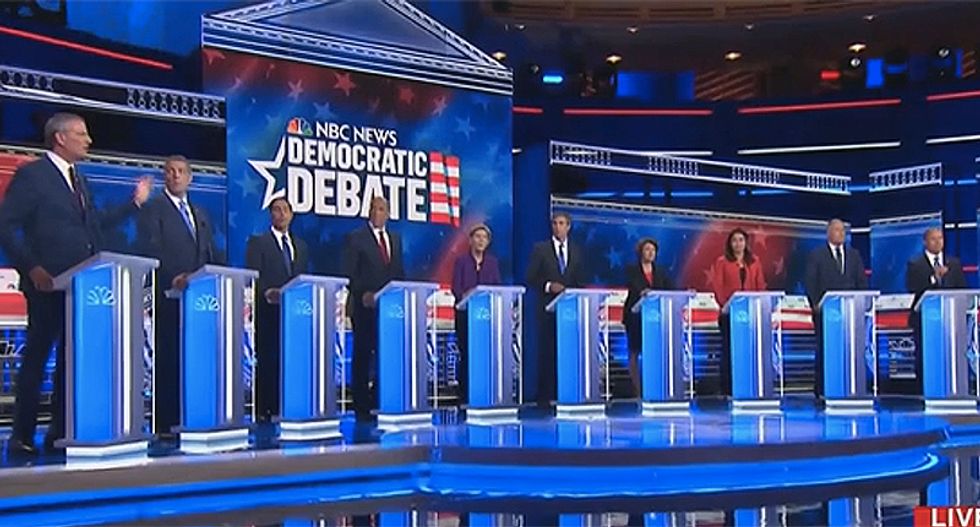 The debate is scheduled for Sept. 12 and 13. Calling Texas a battleground state, party officials hailed the decision.

The third debate in the Democratic presidential primary will be in Houston, party officials announced late Tuesday.

The event, sponsored by ABC News and Univision, is scheduled for Sept. 12 and 13.

"Texas is a battleground state, period," Texas Democratic Party Chairman Gilberto Hinojosa said in a statement. "We know that when Texas goes blue, the White House will follow. We are pleased that our partners at the Democratic National Committee have agreed to host the third Presidential Debate here in Texas."

Party officials did not immediately say where in Houston the debate would be held.

The national party chairman, Tom Perez, hailed Houston's status as America's most diverse city, calling it the "perfect place to showcase our candidates so that they can share their vision for a better future for the American people."

The Houston debate follows the first debate last month in Miami and the second debate, which is set for July 30 and 31 in Detroit. The Democratic National Committee has capped the number of participants at 20 for each debate, which are taking place across two consecutive nights, assuming enough candidates qualify.

The Houston debate will be the first debate to use higher standards for candidates to qualify. They must get 2% support in four polls and receive 130,000 donors. For the upcoming Detroit debate, candidates only have to crack 1% in three surveys or accrue 65,000 contributors. That lower threshold was also used for the Miami debate last month.

It remains to be seen whether the two Texans running for president will make the September debate stage. Julián Castro announced Monday he had crossed the 130,000-donor threshold, but he has hovered below 2% in most recent polls. Beto O’Rourke has likely blown past the donor requirement based on previously released statistics, though he also has work to do in the polls.

Houston has already proved to be a hot spot for presidential campaign activity this year. It has hosted a number of candidate forums, including one Friday organized by the National Education Association.