How Republicans will turn Robert Mueller's testimony into a joke 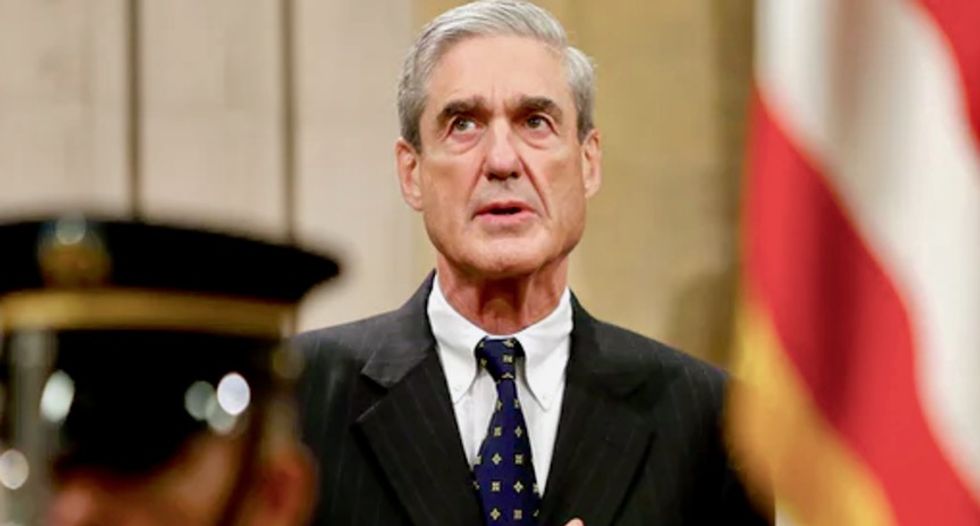 Former special counsel Robert Mueller is scheduled to testify on Capitol Hill Wednesday, beginning before the House Judiciary Committee in the morning and moving to the House Intelligence Committee. He will reportedly discuss his investigation into President Trump's likely obstruction of justice in the first session, and then his investigation into possible collusion or conspiracy between Trump's 2016 campaign and agents of the Russian government in the second.

It's still hard to believe this is really happening, as the Democrats have been underwhelming in performing their duty to provide oversight of Trump, even thought voters turning out in droves in the 2018 midterms demanding exactly that. But in a minor miracle, Democrats have stopped flinching at their own shadows, for the moment, and are actually having a public hearing that might, gasp, actually offer the voting public some insight into the extensive criminality of the Trump administration.

So what can we expect from Wednesday's big spectacle? Will this be a staid affair conducted with the utmost seriousness, as befits a lifelong public servant with an exemplary record offering testimony about the grave threats to our democracy? Or will it be a total, ridiculous circus?

I think we all know the answer to that one, even if Mueller himself has an almost desperate need to cling to a sense of order. He  hasn't even been sworn in yet, and already the clowns are packing into cars and the elephants are running amok.

Reports are emerging that the Department of Justice, run by Trump lackey Bill Barr, has sent a letter admonishing Mueller that any testimony "must remain within the boundaries of your public report because matters within the scope of your investigation were covered by executive privilege."

That the intended purpose of that message was intimidation cannot be doubted. Mueller has repeatedly made clear to members of the House that he intends to confine his testimony to what has been covered in the report. In fact, he has expressed annoyance that he has to testify at all, as he feels the report speaks for itself.

House Judiciary chair Jerry Nadler, D-N.Y., has already made his feelings clear on the DOJ letter, telling CNN that it was an "incredibly arrogant" move and "part of the ongoing cover-up by the administration." He also argued that the government has no authority to limit Mueller's testimony and that Mueller "does not have to comply" with this request. It's all somewhat moot since, again, the former special counsel has already indicated that he has no intention of going beyond what is already in the public record.

Not that anyone should be particularly concerned about Mueller's reticence. As many others have noted, even if Mueller just spends his time reading passages of his report out loud before the committees, that would be riveting, must-see TV.  As anyone who has read the report can tell you, there's no need to go beyond its text to conclude that Trump is a sleazy criminal who publicly encouraged the Russian conspiracy, tried to get more involved behind the scenes, and then went to great lengths to cover up the conspiracy after the fact.

There's a catch, of course: Almost no one has actually read the report. There could be a link to a website that streams the mythical pee tape in the Mueller's report, and nobody would even know it. (I'm not saying there is! But how can you be sure?)

Live testimony is a different kettle of fish, however. Sixteen million people watched Trump's former attorney, Michael Cohen, offer powerful testimony against his longtime boss — and that's not even counting the clips that went viral online or were repeatedly  replayed on cable news. There's every reason to believe that interest in what the famously sphinx-like Bob Mueller has to say could be much higher.

Reading the Mueller report is such a "holy crap" experience that it has been known — as in my case — to turn people from impeachment skeptics into true believers. So as hard as this may be to believe, it's not unreasonable to hang onto scraps of hope that Mueller's testimony might actually change things. That's doubly true because Jerry Nadler — whose committee would actually introduce any articles of impeachment — has publicly suggested that he's much keener to move in that direction than is House Speaker Nancy Pelosi.

Democrats' principal task, therefore, is not to overthink this or get ahead of themselves. Sounds easy, but sadly is not, as anyone who watched the Cohen testimony can attest. The urge to grandstand rather than asking useful questions is like an addiction for the typical politician. Only Rep. Alexandria Ocasio-Cortez was able to overcome her baser desires during the Cohen hearing, and obtain genuinely useful information in the process. We can hope other Democrats learn from her and spend their allotted time actually asking strong questions, rather than making speeches no one will remember.

Republicans, on the other hand ... Well, I'm afraid NPR's Philip Ewing is being way too optimistic in his prediction that Republicans will focus on getting Mueller to say that "he did not establish there was a criminal conspiracy between the Trump campaign and the Russians who interfered." That ascribes levels of discipline, sobriety and level-headedness that is entirely lacking on the GOP side of the aisle.

Instead, what we can expect from Republicans on Wednesday is conspiracy theories, and lots of them. Expect there to be a lot of questions about Peter Strzok and Lisa Page, two FBI employees who had an affair and texted each other various common-sense observations about Trump, such as that he is an "idiot" and a "loathsome human." In GOP Land, adultery is only tolerated for powerful conservatives, and government officials aren't allowed to have private opinions of leaders (unless they conform to right-wing orthodoxy). So Strzok was railroaded out of his job and is now the focus of robust conspiracy theories alleging that Trump is the victim of a "deep state" conspiracy.

To no one's great surprise, Trump himself is doing what he can to contribute to the circus atmosphere, tweeting frantically late on Monday night and into Tuesday morning in an effort to regain control of the news cycle. While he focused somewhat on trying to discredit Mueller's findings, he largely sought to remind his supporters why they loved him so much in the first place: their shared enthusiasm for racism. Tuesday's racism dump was focused on hating Guatemala, accusing women of color in Congress of "America hating," and fantasizing about "a brand new 30 foot high steel and concrete Wall," all before announcing a planned speech before the terminally racist group Turning Point USA.

Trump's strategy of encouraging his voters to set aside doubts provoked by his criminality because he's delivering so much on the racist agenda could work for him, if he can maintain message discipline. Since that's unlikely, we can expect that unless his staff keeps him too busy to pay attention to Wednesday's hearing, he'll start firing off defensive tweets stuffed with false accusations.

We can only hope that the sheer gravity of Mueller's findings will be enough to drown out Trump's childish tweeting. After all, it's really not being overly dramatic to say that the fate of our democracy is on the line. As Mueller himself noted in his single public statement, "there were multiple systemic efforts to interfere in our election" and "that allegation deserves the attention of every American."

Trump and the Republicans want to distract the public from that fact, in no small part because Trump has every intention of not just allowing but stoking Russian interference again in 2020. Last time around, he openly encouraged the Russian government to commit crimes to help him. Next time, he'll be even bolder. A great deal depends on whether or not Democratic leaders, the media and the voters can stay focused on what really counts, the levels of corruption and criminality uncovered by Robert Mueller in a famous report that nobody has read.