‘I’m with him’: Trump whines about Alex Acosta resigning over Epstein scandal 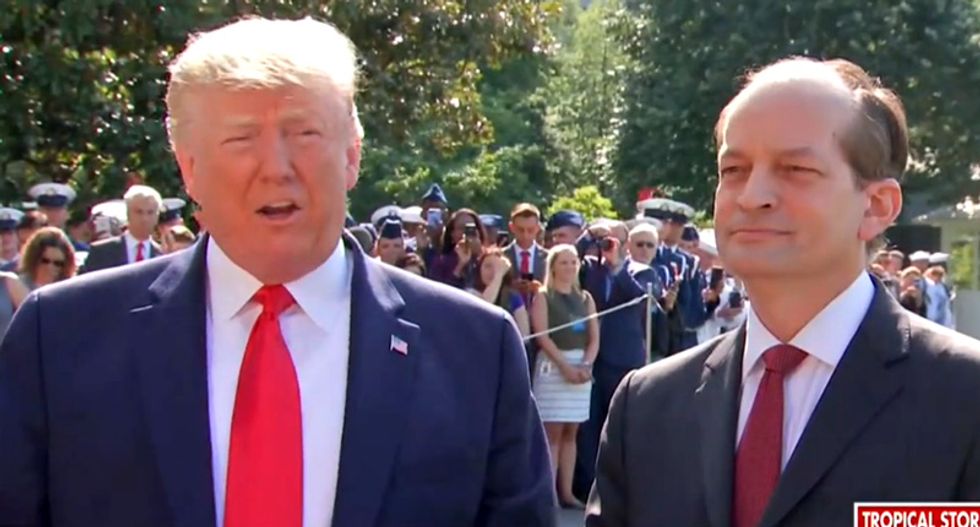 President Donald Trump on Friday appeared outside of the White House alongside his Labor Secretary, Alex Acosta, to announce his cabinet member's resignation.

"But I just want to let you know this was him, not me," Trump said. "Because I am with him. He was a tremendous talent. He's a Hispanic man, he went to Harvard, a great student. And in so many ways, I just hate what he saying now because we are going to miss him."