'In such bad taste I can't help but think you're joking': Amanda Knox to wed and asks public to pay for it 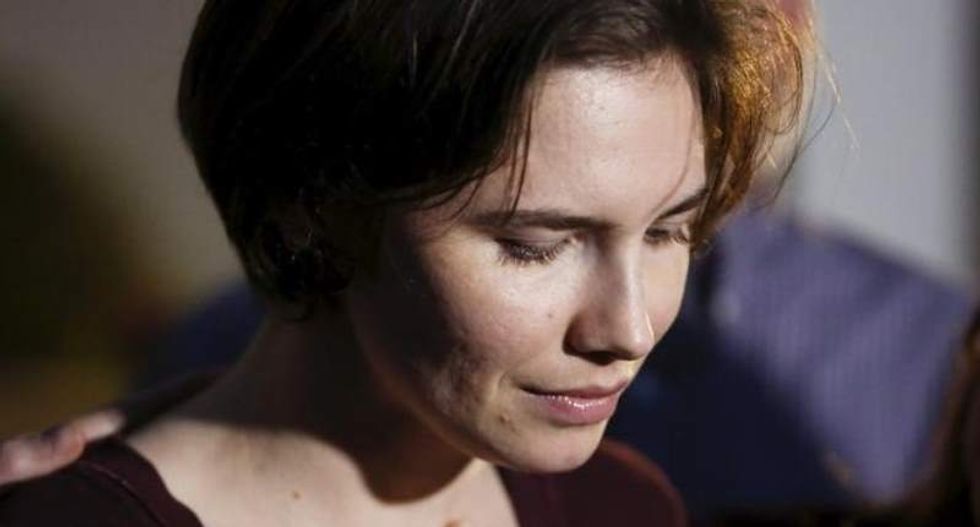 Amanda Knox talks to the press surrounded by family outside her mother's home in Seattle, Washington on March 27, 2015. Photo by Jason Redmond for Reuters.

Amanda Knox, the US student who was exonerated of killing her roommate in Italy, has announced she is tying the knot and is asking the public to fund what she promises will be a "crazy" wedding.

Knox, 32, said she will be marrying Christopher Robinson, 35, in a non-traditional ceremony and the pair needed financial backing for their space-themed nuptials.

"Let's face it, we don't need any more stuff," the couple wrote on their website. "What we do need is help putting on the best party ever for our family and friends!"

The couple said they had earmarked money for the wedding slated for next year but had to spend it last month on Knox's first trip back to Italy since she was exonerated in 2011 of killing her British roommate Meredith Kercher in the central Italian city of Perugia.

The Seattle native spent four years in jail for the 2007 killing before an appeals court threw out the conviction for lack of evidence.

Her crowd-funding page requests donations for the galactically-themed wedding venue, the decor and the band as well as for the food, childcare and a honeymoon "somewhere in space and time" -- possibly the moon.

The donations can be as little as $25 and go up to $10,000, an amount the couple said they are not expecting barring "a really generous donor."

In return, everyone who bankrolls the event will receive a signed copy of a book of poems -- "The Cardio Tesseract" -- written by the couple, the website says.

However, not everyone appears willing to donate to the cause, with one newspaper calling the couple's request "shameless" and many on Twitter sneering at the appeal for money.

"The audacity," said one message on Twitter while another commented that the crowd-funding effort was "in such bad taste I can't help but think you're joking."