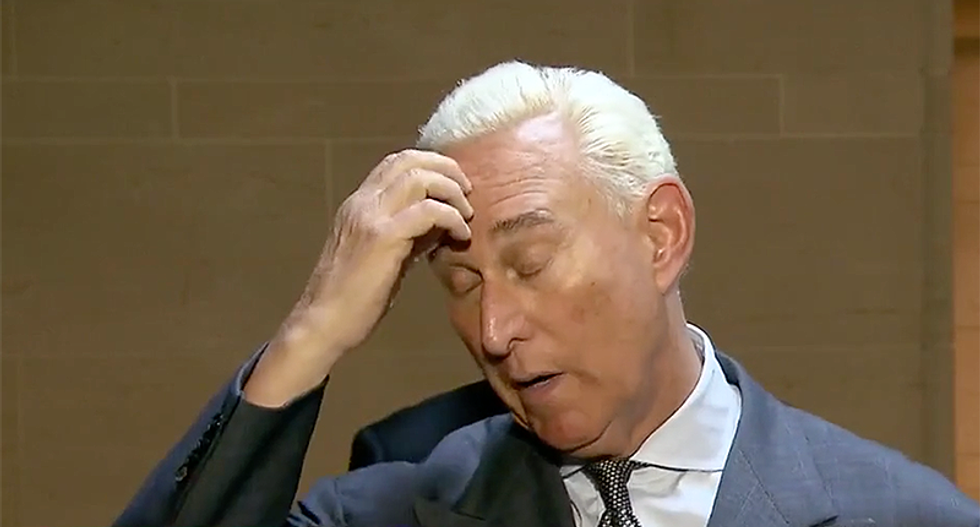 Trump ally Roger Stone, who is due to be tried on multiple charges ranging from obstruction of justice to witness tampering later this year, got slapped this week with an expanded gag order that barred him from using all major social media platforms.

Earlier this year, Judge Jackson imposed an order that barred Stone from publicly discussing his case after he posted a threatening image of her on his Instragram account that featured her head framed by what appeared to be a gun-sight crosshairs.

However, Stone has apparently not been obeying this order, as the Post reports that Jackson on Tuesday "read aloud social postings by Stone... that referred to his case" and "recited that litany after noting she already had warned him several times in court about his postings that criticized Mueller’s probe of Russian interference in the 2016 U.S. presidential election."

Stone was arrested this past January and charged by special counsel Robert Mueller one count of obstruction of justice, five counts of false statements, and one count of witness tampering.