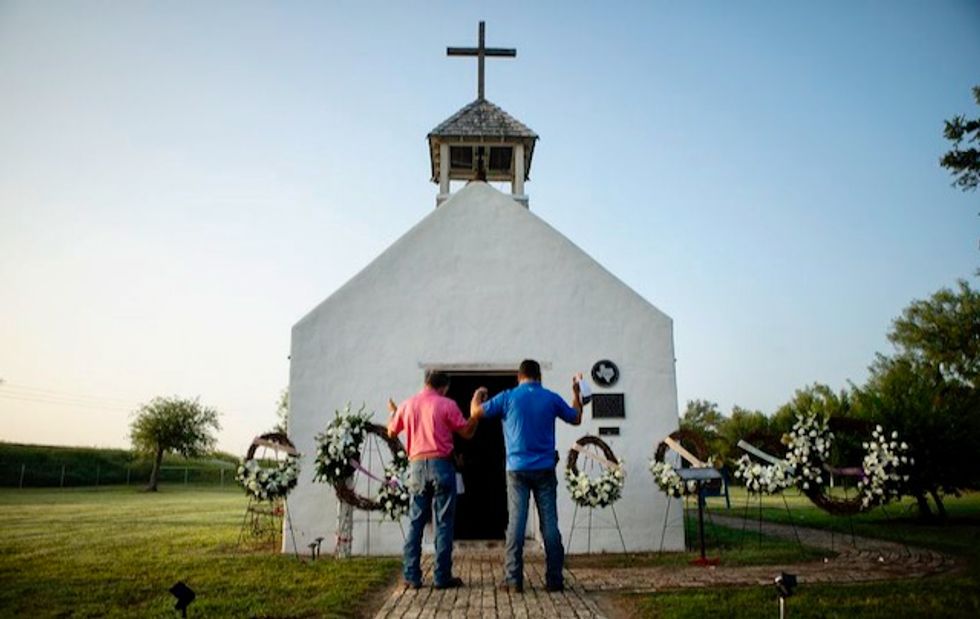 As migrants continue arriving at the Texas-Mexico border, drownings have spiked in recent weeks, with nine people dying in El Paso-area canals this month alone. Border Patrol and soldiers have rescued others.

As the wrenching photo of a Salvadoran father and daughter who drowned in the Rio Grande continues to spark national debate about U.S. immigration policy, the death toll of migrants trying to illegally cross the border has been quietly rising in recent weeks.

On Wednesday, U.S. Border Patrol agents discovered the body of a 19-year-old Mexican citizen in an El Paso-area canal. A sheriff's spokeswoman told the El Paso Times that Natividad Quinto Crisostomo, from Paracho, Michoacan, was found in the Riverside Canal — which in some places runs parallel to the Rio Grande — near Clint.

Crisostomo is the ninth person to drown in an El Paso-area canal this month. The June total has nearly matched the 11 canal drownings recorded by local rescue teams in all of 2018.

The deaths come amid a surge of migrants — mainly families from Central America — arriving at the U.S.-Mexico border, where U.S. Customs and Border Protection agents are requiring migrants to wait in Mexico for weeks or months before allowing them to cross the border and claim asylum. Critics say the practice, known as “metering,” pushes many asylum seekers to illegally cross the border between ports of entry.

During Wednesday’s Democratic presidential debate, Former U.S. Housing and Urban Development Secretary Julián Castro blamed metering for the drowning deaths of Óscar Alberto Martínez Ramírez and his 23-month-old daughter, Angie Valeria, from El Salvador. A photograph of their entwined bodies floating at the edge of the Rio Grande near Matamoros, Mexico on Wednesday has galvanized national attention on the dangers that migrants face trying to enter the U.S.

Further upriver in Mission, the bodies of a woman and three children were foundSunday in Anzalduas Park, which hugs a curve of the Rio Grande. Officials with the Federal Bureau of Investigation said it appeared the woman, two infants and a toddler died from dehydration and heat exposure.

Their deaths are part of a recent spike in migrants' deaths along the Texas-Mexico border, according to the Missing Migrants Project, which tracks migrant disappearances and deaths. The group has recorded 29 deaths so far this month on the Texas side of the Rio Grande — the highest monthly total since 59 deaths were recorded last August. Ramirez and his daughter aren't counted in that total because their bodies were discovered on the Mexico side of the river.

In the El Paso area, the deaths include a man and a preschool-age girl whose bodies were found in the city’s Lower Valley, two bodies found on different days in a canal in Socorro, three men found in a water tunnel near Ascarate Park and the body of a man found in the Upper Valley, according to the El Paso Times. Officials did not release their names or nationalities or reveal whether they were migrants who had crossed the border.

Earlier this week, a Guatemalan woman and her child nearly drowned in a canal near downtown El Paso, the newspaper reported, but they were rescued by two U.S. Army soldiers who are part of a team assisting law enforcement agents on the southwest border. While one soldier jumped into the water, another used his shirt as a lifeline, officials told the Times.

Another family was saved in Eagle Pass on Tuesday when Border Patrol agents pulled an unconscious 13-year-old boy and his parents, all from Honduras, from the river. Two agents performed CPR on the teen, who eventually coughed up water and regained consciousness.

"Words cannot express my gratitude nor convey the sense of pride I have for these agents," Del Rio Sector Chief Patrol Agent Raul L. Ortiz told the Eagle Pass News Leader. "Without a doubt, their quick life-saving actions brought this young man back from the brink of death."