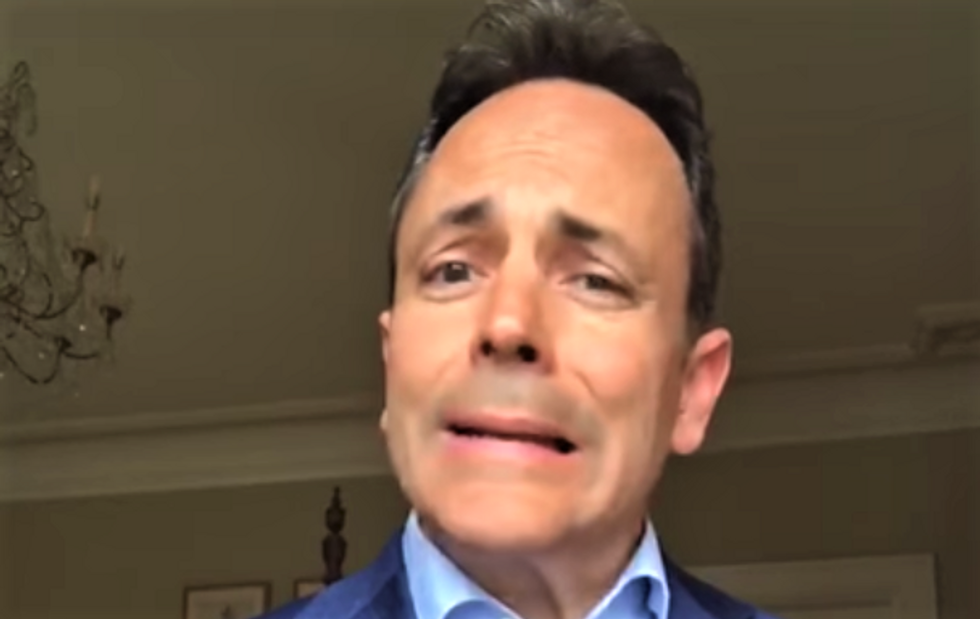 On Monday, in a stunning turn of events, Kentucky state Sen. Dan Seum, a Republican and a former chairman of the Senate GOP caucus, endorsed Andy Beshear, the Democratic state attorney general, in his campaign for governor against incumbent Republican Matt Bevin.

"Today I'm here to endorse Andy Beshear for governor," said Seum, who represents a suburban Louisville district, in a campaign video. "This is not about partisan politics, this is about who's going to lead this state in the next four years."

"Today, we have a governor who has failed miserably in the pension issue, and has spent the last year running around the state insulting everyone, including the four teachers in my family," added Seum.

Bevin, a strong supporter of President Donald Trump, has presided over the first unified Republican state government of Kentucky in modern history. He is the least popular governor in the nation, as he has pursued a controversial plan to slash the benefits of state employees, and has fought endlessly with his own allies, including his lieutenant governor, who he booted off the ticket for his re-election campaign.

Beshear, the son of a former popular governor who expanded health care in the state, has spent much of his term as attorney general going to court to block much of Bevin's agenda.