Libertarians, Green Party sue to make it easier to get on the ballot in Texas 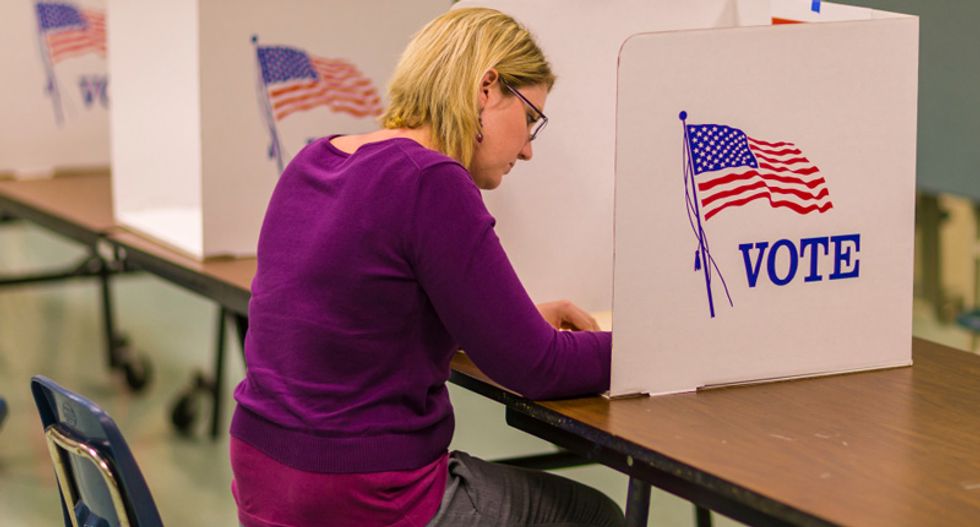 Currently, the parties say, it takes hundreds of thousands of dollars to gain ballot access.

Ahead of the 2020 election cycle, a group of Texans, along with a number of nonmajor political parties, have sued the secretary of state’s office, alleging that Texas election law discriminates against third-party and independent candidates vying for a spot on the general election ballot.

In a lawsuit filed Thursday in Austin, plaintiffs argued that current state law would give nonmajor political parties in 2020 just 75 days to obtain over 80,000 valid signatures to gain ballot access — and that the cost of doing so could cost more than $600,000.

Currently, third parties like the Green Party and the Libertarian Party can secure a spot on the general election ballot by either having at least one candidate who wins more than 5% of the vote in a statewide race during the previous election cycle, or by collecting a certain number of required signatures. That 5% threshold will soon be lowered to 2% of the vote in one of the past five general elections once a measure that passed the Texas Legislature this year takes effect Sept. 1.

Candidates unaffiliated with a political party, meanwhile, are allowed access to the general election ballot as long as they file the required paperwork and gather a certain number of signatures, which depends on which office they’re seeking.

For both third-party and independent candidates, signatures must come from registered voters who did not vote in either the Republican or Democratic primaries or participate in another party’s convention that year.

“Collecting signatures by hand is inherently time-consuming, labor-intensive and expensive,” Mark Miller, a plaintiff in the case and a two-time Libertarian candidate for Texas Railroad Commission, said in a news release. “And collecting 80,000-plus valid signatures in the limited time allowed under Texas law is all but impossible without spending hundreds of thousands of dollars to hire paid petition circulators.”

In the lawsuit, plaintiffs suggested that Texas could modernize its signature petition procedure to help alleviate the burden they say has been placed on them. Plaintiffs pointed to Arizona, which they said has a secretary of state who recently implemented an online platform to allow voters to sign nomination petitions electronically — instead of in person and on paper.

Plaintiffs argued Texas’ current election code violates their First Amendment and 14th Amendment rights “by imposing discriminatory and severely burdensome requirements on independent candidates and minor political parties that seek access to Texas’ general election ballot.” They asked the court to either declare the provisions they’re taking issue with unconstitutional, or to enjoin the secretary of state, which is an office that’s currently vacant, from enforcing them.