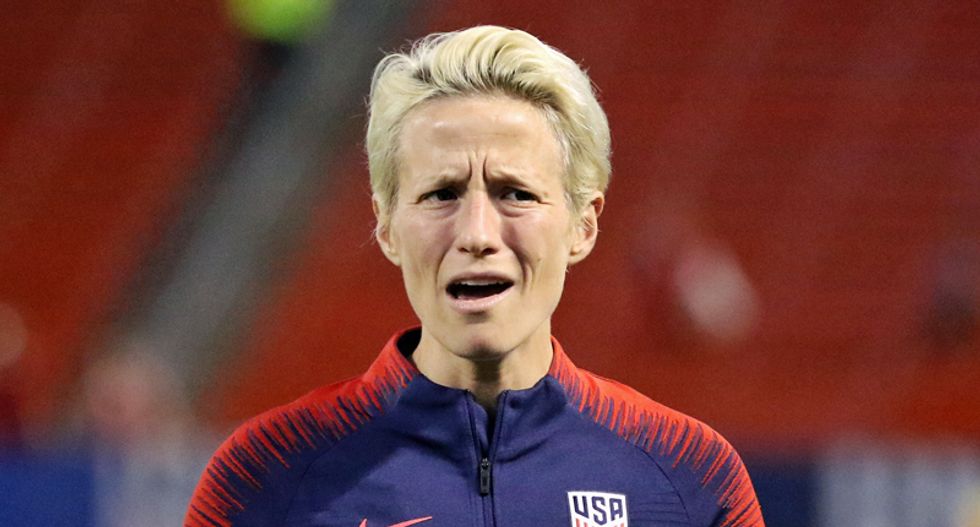 Megan Rapinoe has been surprisingly left out of the United States' starting line-up by coach Jill Ellis for their women's World Cup semi-final against England in Lyon on Tuesday.

Rapinoe scored both goals in the holders' 2-1 quarter-final win against hosts France, having also netted a brace against Spain in the last 16.

She is the tournament's joint top scorer with five goals. Christen Press starts instead in the USA attack for the match which kicks off at 1900 GMT.

The change is one of two made by Ellis, with the other seeing Lindsey Horan returning in midfield in place of Samantha Mewis.

Meanwhile, England coach Phil Neville makes three changes to his starting XI, including bringing in Carly Telford in goal in place of Karen Bardsley, who has a hamstring injury according to the BBC.

Chelsea goalkeeper Telford has already appeared at the tournament, starting in the 1-0 win over Argentina in the group phase.

In addition to that change, Rachel Daly and Beth Mead also come in with Fran Kirby and Toni Duggan making way after starting in the 3-0 win over Norway in the last eight.