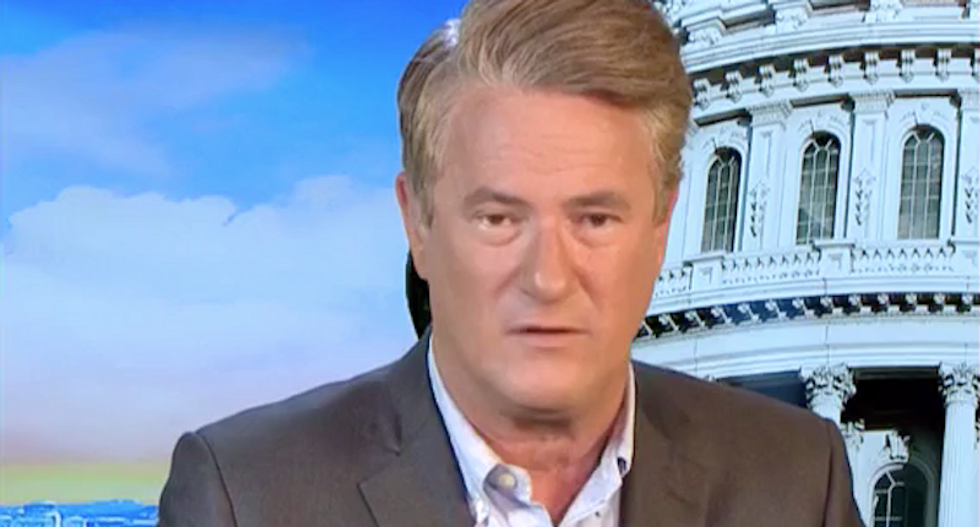 The "Morning Joe" host asked NBC News reporter Carol Lee about her new report asking why Donald Trump Jr. had not been questioned as part of the special counsel probe, and h laid out the biggest questions facing Mueller ahead of his congressional testimony.

"There are only three questions that most Americans want the answer to," Scarborough said. "Was there obstruction, was there collusion and would Donald Trump have been indicted had he not been the president of the United States? Those are three pretty simple questions, but I don't think he'll -- I don't think you'll get the answers tomorrow, sadly."

Scarborough said the conclusion of Mueller's investigation had been frustrating, because it felt so incomplete.

"There's a recurring theme here about all of these investigations going on and everybody pulling back before giving Americans the answers that they need," he said. "Despite the fact that Americans have paid millions and millions of dollars for these investigations. So now we're not going to hear why Don Jr. wasn't subpoenaed, why he wasn't investigated? When he set up that infamous meeting, he also was excited about it and said 'love it, can't wait to have the meeting.' That's the first guy you want to actually interview."

The special counsel should also tell Congress why he didn't subpoena the president, Scarborough said.

"The United States Supreme Court most likely would have upheld that subpoena and made Donald Trump sit down and be interviewed by Robert Mueller," Scarborough said. "If you're doing an obstruction of justice case and you have 10 instances that you believe justice was obstructed, you need that answer."

The entire situation was fishy, Scarborough said, and he pointed a finger at Attorney General William Barr.