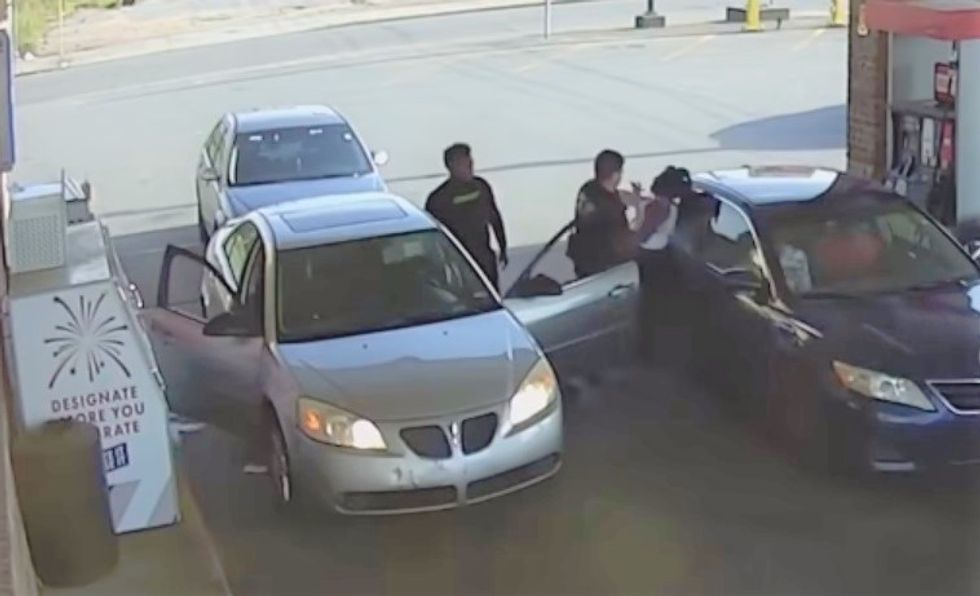 A police officer from Nashville, Tennessee this week resigned in disgrace after being caught on camera slamming a black woman into a car because she had expired tags.

The Tennessean reports that Metro Nashville Police Officer Barrett Teague this week resigned after a video posted to Facebook showed him manhandling 21-year-old Adreneyonia Ensley at a gas station and then slamming her into a nearby car.

It's at this point that Teague grabs her from behind and slams her into the car that's parked right next to her own.

Before Teague resigned this week, the Metro Nashville Police Department said it was "very concerned with what the video shows" regarding Teague's behavior. He had been placed on desk duty for the past several weeks while the department conducted an investigation into his actions.