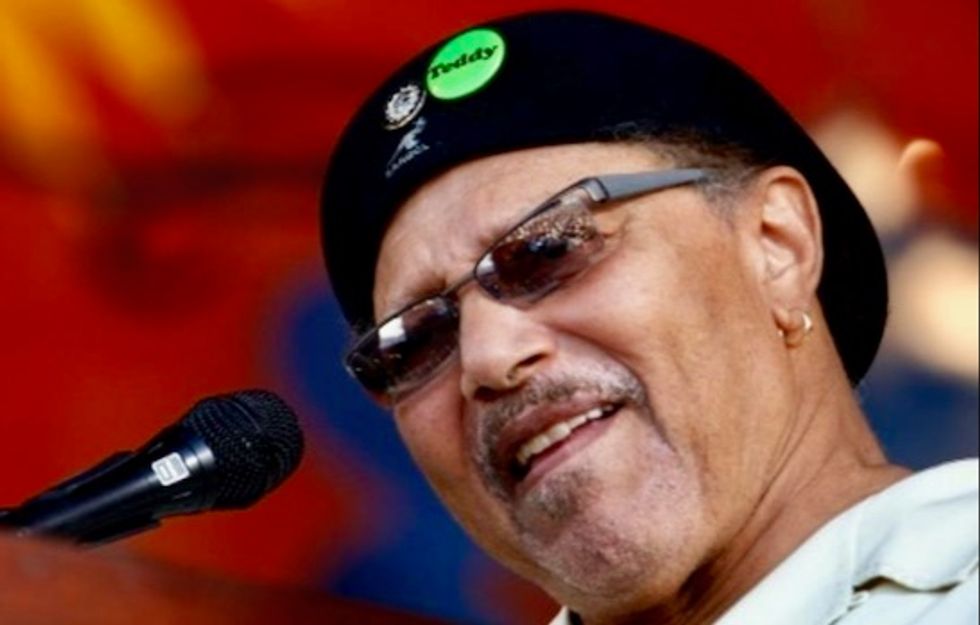 In the late 1970s Art Neville joined forces with his siblings to start the Neville Brothers, which for years closed out New Orleans' famed Jazz Festival Getty Images North America/AFP/File

Art Neville, a New Orleans funk legend and co-founder of the Neville Brothers, has died, his brother said Monday. He was 81 years old.

The singer and keyboard player who answered to the sobriquet "Poppa Funk" was well known as the voice of the "Mardi Gras Mambo," which quickly became a mainstay of his home city's famed carnival after he first played it at age 17.

"Artie Poppa Funk Neville you are loved dearly by every one who knew you. Love always your lil' big brother AARON (we ask for privacy during this time of mourning)," his brother, soul singer Aaron Neville, tweeted.

His death follows that of another famed New Orleans musician, the blues pianist Dr. John, who died last month.

Born Arthur Lanon Neville on December 17, 1937, the funk icon grew up admiring the work of doo-wop stars like Fats Domino.

He joined the Navy in the late 1950s and 1960s but maintained his love of recording music, going on to found the Neville Sounds, which later became the Meters.

The group's fame radiated beyond The Big Easy, with the Meters going on to tour alongside the Rolling Stones and becoming an institution often counted among the pioneers of funk.

In the late 1970s Neville joined forces with his siblings to start the Neville Brothers, which for years closed out New Orleans' famed Jazz Festival.

The group played a farewell concert in 2015, having last released an album in 2004. Neville announced his retirement last December.

The two-time Grammy winner received the prestigious Lifetime Achievement Award in 2018 from the Recording Academy, which on Monday released a statement dubbing Neville "a legendary musician known for creating some of the most distinguished R&B and soul music to come out of New Orleans."

"As a founding member of the Neville Brothers and the Meters, Art contributed his soulful voice and piano expertise to each group, creating a unique sound inspired by New Orleans' profound culture," said the Academy's CEO Neil Portnow.

"Art will be deeply missed by many, but remembered for imaginatively bringing New Orleans funk to life."