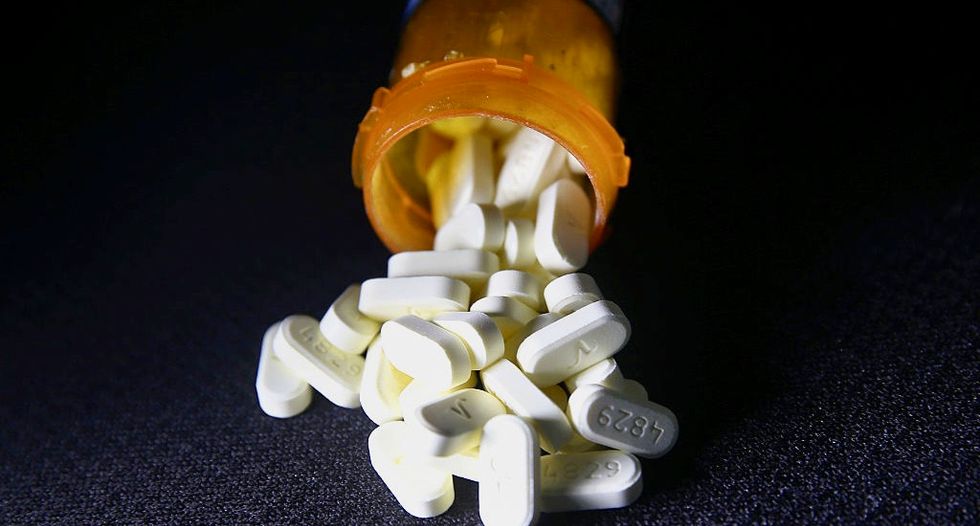 The devastating health effects of the opioid epidemic have been well documented, with over 700,000 overdose deaths and millions more affected.

And Americans are learning more every day about the role drug companies and distributors played in flooding towns and cities across the country with pain pills.

We know comparatively less, however, about the financial costs of the crisis. Several studies have emerged in recent years that estimate the national economic costs of the epidemic at anywhere from US$53 billion to $79 billion in a single year.

But given that states have led the charge in suing opioid makers with the aim of recovering some of their own costs, we wanted to know more specifically how the crisis has hurt their budgets. This is critical to understanding what they can recover from their lawsuits.

So we led a team of 20 researchers at Penn State in a series of studies that looked at the various ways state budgets have borne the burden of the opioid crisis. The result is the first comprehensive tally of state opioid costs.

The high cost of overdoses and treatment

The most prominent – and largest – costs are those related to medical care.

Although prior studies have estimated the medical costs of opioid misuse, none has provided a comprehensive accounting of costs to states’ Medicaid programs. These costs include those related to overdoses, treatment for opioid-related conditions and other care they may receive due to resulting health consequences such as hepatitis C and HIV.

Our team crunched the data from 17 states’ Medicaid claims databases and then extrapolated the data to make national-level estimates. We estimate that overall, state Medicaid programs spent at least $72 billion due to opioid misuse from 1999 to 2013, the most recent year with available data.

Based on an estimate of Medicaid costs of $8.4 billion in 2013, we estimate states likely spent an additional $40 billion since then, bringing the total bill to at least $112 billion.

In addition to effects on health care use, opioid misuse can also lead to significant declines in employment, which in turn can then rob states of expected tax revenue.

Using an online tax simulator and an existing study on the effect of individuals leaving the workforce due to opioid misuse, we were able to estimate how much tax revenue states may have lost.

We estimate that states may have lost nearly $12 billion in tax revenue from 2000 to 2016 due to the effect of opioid misuse on individuals’ ability to work. Ongoing costs are about about $700 million a year, bringing an estimated total through 2018 to over $13 billion.

There are other costs to states associated with a share of the population being unable to work, such as rising eligibility for cash assistance, nutrition programs, state-funded health insurance and other safety net programs.

While we do not have good data available to provide estimates, moving forward these will be important costs for states to consider. 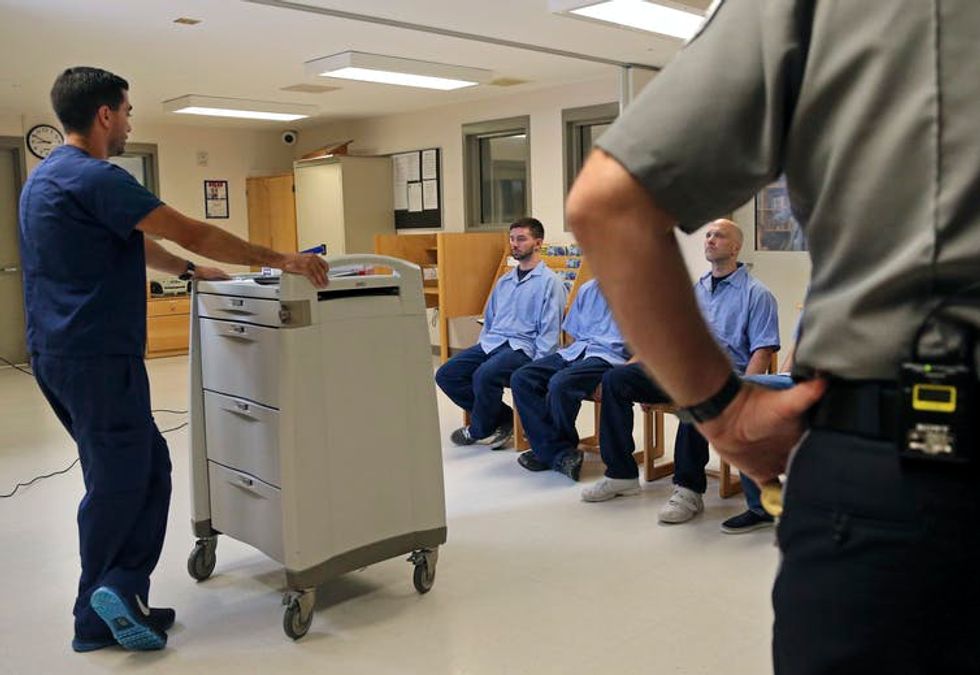 The costs of prosecuting and incarcerating people who misuse opioids can add up.

Criminal justice is another important component of opioid-related costs to states.

To date, many cost studies have focused on how those in prison or jail may be unable to work. Yet states and local municipalities spend considerable resources on arrests, courts and corrections that result from opioid misuse.

While several studies have attempted to estimate these costs, none have comprehensively examined the full set of opioid-related criminal justice costs at the state level. Due to the difficulty of obtaining reliable data, our team focused on Pennsylvania. We estimate that, from 2007 to 2016, the opioid crisis cost the criminal justice system in the state $526 million.

These figures are highly variable from year to year and among all the states, making it very difficult to come up with a comprehensive, nationwide estimate. Given that Pennsylvania has both a large population and has been hit unusually hard by the opioid crisis, costs in Pennsylvania are likely higher than average.

However, the Pennsylvania estimates demonstrate the costs are high and are likely to veer well into the billions of dollars nationwide. 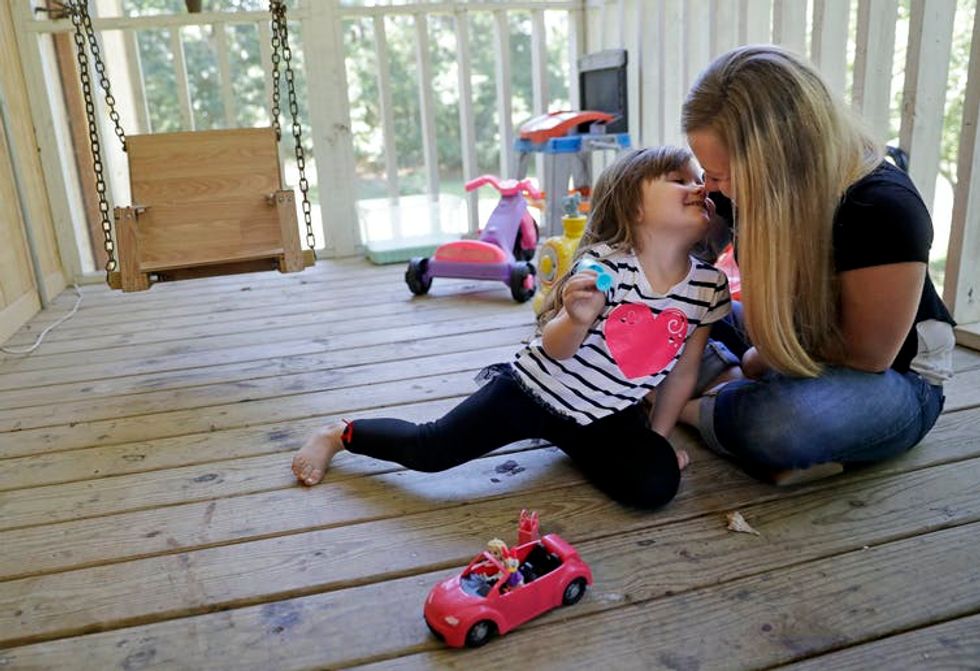 Children are affected by their loved ones’ addictions – and states pay for it.

While much of the attention has focused on those misusing opioids, one of the populations hardest hit by opioid misuse is children.

Opioid misuse has been shown to lead to increased interventions from state welfare and child protection agencies. While data remain limited, our team used a modeling approach to show that opioid misuse may be associated with $2.8 billion in costs to the child welfare system across all states from 2011 to 2016.

Additionally, babies born to mothers who were using opioids prenatally may be born with withdrawal symptoms – namely, neonatal abstinence syndrome – that require significant care. The effects of neonatal abstinence syndrome, and the related costs, may continue for a long time as affected children may require significant special education resources.

Data in this area are inherently difficult to identify in each state. However, we found that for a cohort of children born with neonatal abstinence syndrome in Pennsylvania in 2015, additional costs to provide special education services might have been about $8.3 million. A very rough estimate of the nationwide costs would be in the ballpark of at least $50 million per year.

Tip of the iceberg

Collectively our studies tallied about $85 billion in estimated financial costs to state budgets during the periods identified in each one. After extrapolating that to cover costs through 2018, we think the total comes to at least about $130 billion, with an ongoing bill of $6 billion to $10 billion every year.

While these figures might be lower than some other estimates that either include broader economic costs or fail to account for variations from year to year, the bottom line is that our data show states are bearing a very high financial burden in this crisis.

Our estimates also provide a benchmark states can use in litigation as they seek to recoup these costs to help cover the ongoing expenses associated with containing and ending the epidemic – and hint at why so many opioid manufacturers are mulling bankruptcy.

Yet our analysis is just the tip of the iceberg, as it covers only costs to state governments and excludes the broader economic costs of the crisis. Individuals and their families have also suffered enormously and are likely bearing even greater costs – both financial and emotional.