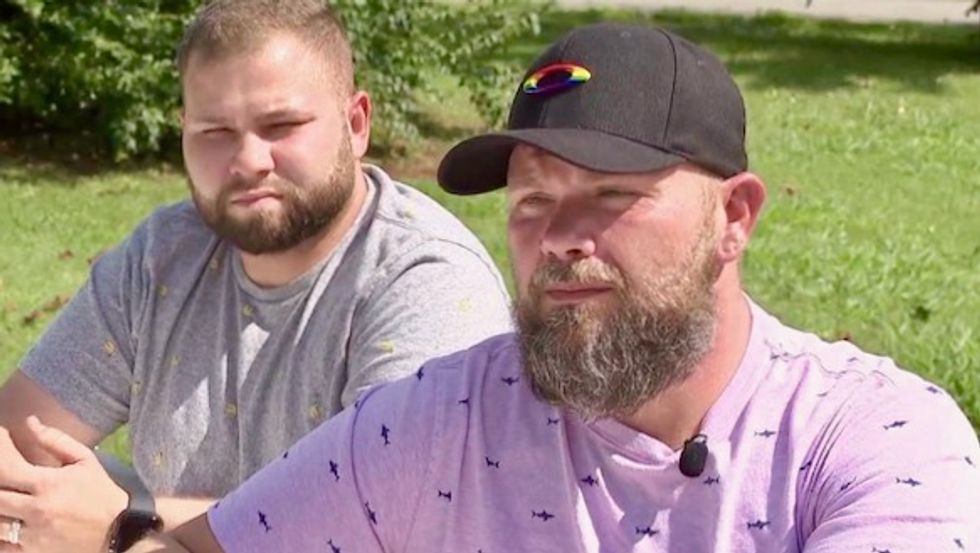 A Sweetwater, Tennessee pastor is refusing to grant a 71-year old man's dying wish: to be buried in the first church he ever attended.

Jessie Goodman (photo, right) says his father is dying and only has a days left to live. He told ABC affiliate News 9 that Pastor Jay Scruggs of Lee's Chapel Baptist Church will not bury his father if Jessie or his fiancé "take part in any way," including just attending the ceremony.

"They're punishing my dad for a lifestyle choice I've made. It's not me up there in a casket. It's him," Goodman says.

Pastor Scruggs would not comment, "but did say he would talk with us after Jessie's father is in the grave," News 9 notes.

The family has decided to have the funeral elsewhere when Jessie's father passes. They've asked his name not be used in the press.