Roberts' rules: The 2 most important Supreme Court decisions this year were about fair elections and the chief justice 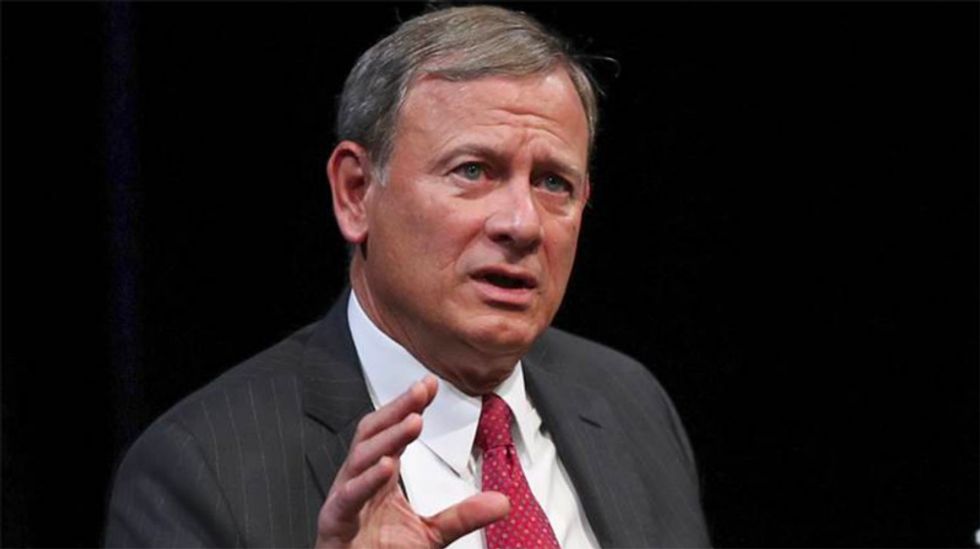 The week before Independence Day, Chief Justice John Roberts gave the United States two extraordinary rulings on the nature of American democracy. Both cases are about fair elections, and both outcomes are all about John Roberts.

The first enshrines the partisan manipulation of voting districts, what’s called “gerrymandering,” as a practice beyond the control of the courts.

The second ruling challenged the Trump administration to speak openly about its views on citizenship and representation. The administration declined and departed the field abruptly on July 2. However, President Trump tweeted the next day that he is “absolutely moving forward” with the census citizenship question, so the controversy will continue.

A right to fair elections?

The text of the Constitution protects many rights, but voting in an election with fair rules is not one of them.

The two cases this year – on the census in Department of Commerce v. New York and on gerrymandering in Rucho v. Common Cause – challenged the Supreme Court to change this.

The justices did not.

From my perspective as a student of constitutional politics – and co-editor of an annual series on the Supreme Court’s major decisions – the cases are intimately connected.

The Constitution commands a count of the population every 10 years so that we can know how many representatives in Congress and votes in the Electoral College each state receives for the following decade.

Chief Justice John Roberts, center, at the 2019 State of the Union speech. To his left is Justice Elena Kagan.

Then those same data are used by each state to establish the new boundaries of its legislative districts. The data are also used to determine how much money the federal government sends states for a variety of mandated programs.

In 2021 the redistricting will happen again, there may be lawsuits in response, and so on. Count, redistrict, sue, vote, repeat.

This process of counting people and then dividing them into districts is the heart of how we turn the democratic ideal – representation of the people – into the selection of leaders through elections. But what that process should look like is anything but clear, because it raises problematic questions about who is represented and how.

The irony of gerrymandering

The gerrymandering case is about whether the political party in control of a state legislature can alter the electoral maps to make it harder for their party to be removed from office.

To many, this sounds like a clear violation of representative democracy. But has a right been violated? If not, then allocating electoral districts remains a power assigned to the political branches, which means the courts have little role in it.

The core problem the Supreme Court faces in dealing with even blatant gerrymandering is that the Constitution does not identify a clear right to fair elections. It speaks of rights to freedom of speech, religion and the press, but it does not mention freedom from manipulation in counting Americans or allocating them to electoral districts.

The irony of the court’s ruling is that gerrymandering can only be solved by voters showing disapproval of the politicians who shifted the rules, but those shifts are what make it harder for voters to do that.

The politics of the census

While previous Supreme Court rulings left room for future challenges to gerrymandering (better measures, worse examples), the recent decision seems to be definitive. I believe the practice will surely increase in the future, insulated from judicial challenge.

But the prospects for the 2020 census are not so clear.

The census case is about whether including a citizenship question violates the constitutional command to conduct an accurate count.

Underneath this question is the debate over who gets to be represented in our system. Is it everyone living in the United States? Or is it just citizens?

If “the people” are to be represented, defining those people in the current political age has proved to be deeply divisive. But it must be done if the census is to count the people who count.

The plaintiffs contend that the commerce secretary, Wilbur Ross, intentionally added the citizenship question to discourage recent Hispanic immigrants from filling out the census form. They offer an analysis from the Census Bureau concluding that including the question will lower the response rate by noncitizens by about 5%, resulting in millions of people being uncounted, unrepresented and unfunded in federal government programs.

Commerce Secretary Wilbur Ross testifying before Congress about the 2020 census on March 14, 2019.

Roberts wrote the court’s opinions in both cases, the fifth justice in each 5-4 decision.

In the gerrymandering case, Roberts joined with the other four conservatives against intervention by the court. In the census case, he did not really decide at all. While the four liberal justices were willing to reject the citizenship question outright, (which they made clear in a separate concurring opinion), Roberts would only go so far as demanding more information first.

With the acquiescence of the four liberal justices, Roberts returned the case to the Commerce Department for a response, because “the evidence tells a story that does not match the explanation” given by the commerce secretary. He concludes that “what was provided was more of a distraction” than a true account. Therefore the administration would need to provide a new explanation for why it included the citizenship question.

This gave the Trump administration the option of offering a new justification or dropping the question.

In one sense, Roberts demanded that the court be told the truth. If the Trump administration wants a citizenship question because they simply want to know who is a citizen or because they believe representation should rely on citizenship, they would have to say so. Only then would Roberts rule on whether asking about citizenship violates the Constitution.

In another sense, Roberts made the decision his own. If the Trump administration does abandon the question, Roberts will have called out their misrepresentation of the question’s purpose and forced their abdication.

And if the administration does respond with a new justification, the other eight justices are all on record canceling each other out 4-4, setting him up to have the final say. (That could happen in an emergency session of the court this summer. It could also be delayed until October when the court reconvenes, which would degrade the census further.)

Who won the two most important cases of 2019? In one way of keeping score, the advocates of fair elections lost one and sent the other into extra innings.

The undisputed winner is the influence of John Roberts.