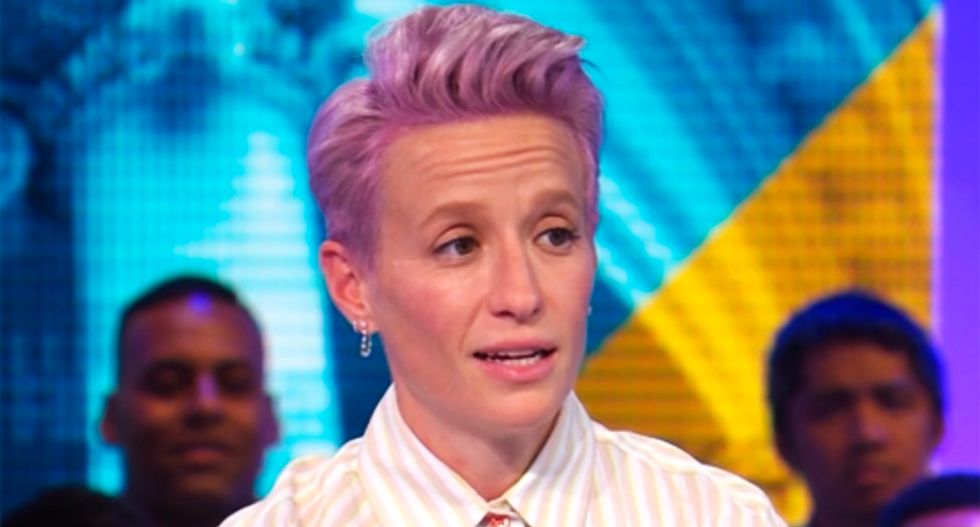 "It's disgusting, to be honest. To say it's disappointing is ... it doesn't even come close," said Rapinoe. She added, "The more that we just are upset about it and don't accept that kind of behavior from all sides, then the better place we're going to be."

Trump has faced escalating criticism in the wake of his tweet that Reps. Alexandria Ocasio-Cortez (D-NY), Rashida Tlaib (D-MI), Ilhan Omar (D-MN), and Ayanna Pressley (D-MA) ought to "go back" to where they came from if they disagree with his agenda (three of them were born in the United States). The controversy escalated when attendees of his rally in Greenville, North Carolina chanted "Send her back!" about Omar.

Rapinoe herself has been on the receiving end of angry tweets from the president, after her remarks that she would not visit the White House if she carried the U.S. team to victory.

In the interview, she also discussed her opinions on the Democratic candidates.