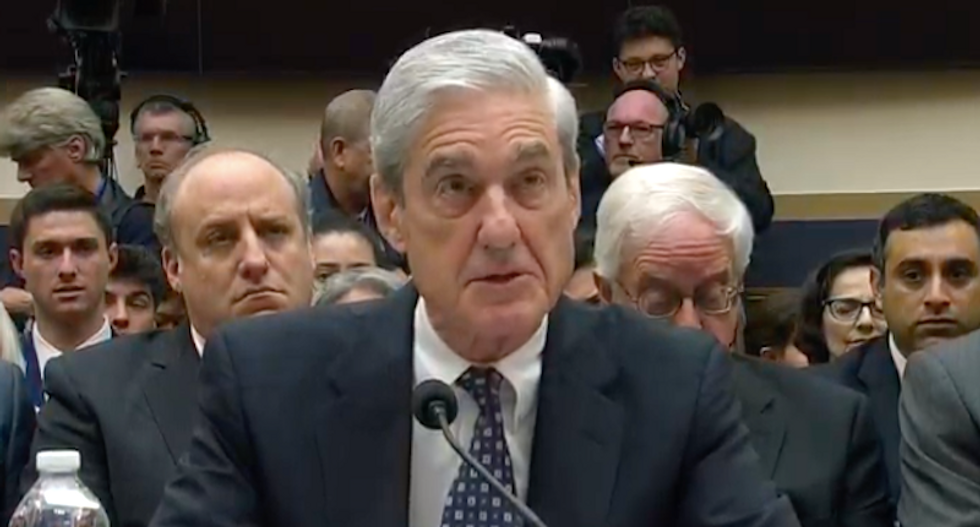 Despite its slow start, former special counsel Robert Mueller's testimony before the House Judiciary and Intelligence Committees on Wednesday yielded some highly significant moments. Among other things, Mueller agreed that his report does not exonerate President Donald Trump, said he could be indicted after he leaves office, and that the president was generally "untruthful" in his written responses to the special counsel's questions.

"Democrats began the day privately celebrating the hearings, claiming that they had successfully laid out for the American public the most important aspects of the former special counsel’s report with little interruption," they wrote. "As the testimony dragged on, however, their mood soured. Aides and lawmakers began to worry that their self-described success during the hearings wasn't likely to translate into tangible momentum in favor of impeachment proceedings. And several Democratic sources told The Daily Beast they doubted Mueller hearings would change Pelosi’s calculus on impeachment."

"By the end of the day, the expectation within the party was that leadership would continue to fall back on the same strategy of fighting to obtain White House documents and clinch testimonies from former Trump administration officials without launching a formal impeachment inquiry," they wrote.

This is not to say that nothing whatsoever has changed — the hearings have reportedly gotten Democratic leadership talking more earnestly about how an impeachment inquiry would be set up if necessary. But it is unlikely to be the watershed moment that some within the party hoped it would be.

"What investigative tricks the party now has in store was not entirely clear. Mueller’s testimony was supposed to be the crescendo of their oversight efforts," they wrote." And with other witnesses having ignored Democratic subpoenas—and with document requests being rebuffed or litigated as well—there are few other avenues to pursue. But some Democrats hinted that they would continue to hammer away at the topics that, they argue, Mueller had broached but not fully covered."